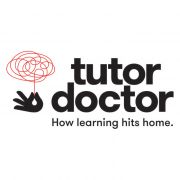 Tutor Doctor is a leader in providing one-on-one supplementary education to students & adults through offering in-home tutoring to families.

Local business owner, David Boddy of Tutor Doctor Central and Southwest London, has won a prestigious global award in recognition for his efforts and commitment to providing excellent services to his local community throughout the pandemic.

Chosen from more than 700 Tutor Doctor, the Tutor Doctor’s President’s Award was presented to the person who had demonstrated significant service to their local business and the wider Tutor Doctor community of over 700 businesses. David was honoured to receive this accolade and throughout the last year.

Throughout the year, David had excellently shown his ‘can do’ attitude, as well as providing additional support to the children during these turbulent times. By operating cooperatively and working hard to accomplish his goals, David and his team, consisting of Victoria Davies-Jones and Suzie Oweiss, celebrate the shared contribution to winning this award.

Disruptions to children’s education have been a huge issue throughout the pandemic. It is because of this loss of learning that the services of local tutoring business, Tutor Doctor, have been called upon to provide children in the London Central and Southwest area with the additional support they have needed. Despite the global profile Tutor Doctor has, consisting of over 700 businesses, local business owner David Boddy has been recognised for his efforts and commitment to providing excellent services to the community during these turbulent times, and has been awarded with the highly regarded Tutor Doctor President’s Award.

This award is presented to the person who has demonstrated significant service to the local operation and the wider Tutor Doctor community. Throughout the year, David has excellently demonstrated his ‘can do’ attitude and has made great things happen for London Central and Southwest and the company’s global network. By operating cooperatively and working hard to accomplish his goals, David and his team, consisting of Victoria Davies-Jones and Suzie Oweiss, celebrate the shared contribution to winning this award.

“This award is recognition within the whole franchise community of our work this year,” explained David. “We feel very chuffed that our operations have been recognised and feel that the award represents the value of being a team player. It’s important for franchisees within a community to understand that they’re on the same team. It’s not just an individual award, it’s a shared award that affirms the community’s commitment and hard work throughout the year.”

The team’s contribution to children in the local areas didn’t go unrecognised once results day came along. “We calculated from the GCSE and A-Level results that, overall, our tutors managed to lift the attainment level for GCSE candidates by just under 3 grades and just under 2 grades for A-Level. We’re immensely proud of this achievement, as we’ve helped so many students achieve what they need in order to move onto the next stage of their lives after a frustrating period for them in particular. Through connecting with schools, authorities, and some small local charities, we’ve been able to be a part of the ongoing support for children in central and southwest London,” added David.

David, as well as being an established businessman and former press secretary of the PM, wants to be the oldest and most successful Tutor Doctor business owner in the world. He believes being awarded with the Tutor Doctor President’s award is not only a step in the right direction, but it validates the hard work and strong commitment to his and his team’s mission throughout the pandemic. Tutor Doctor Central and Southwest London has delivered about 6000 hours of lessons this year alone to students in Central London, Richmond, Chelsea, Hammersmith, Paddington, Chiswick, Ealing, Fulham and surrounding areas.

For further information or to speak with David directly, please contact Harry on 07519963513 or harry@revpr.co.uk 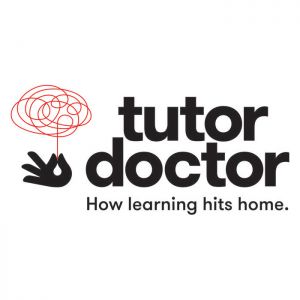 Through pandemic struggles and a lot of hard work, Amrit Rahi has been [...]

As students seek to cope with the threat of learning losses wreaked by [...]

Tutor Doctor, the global in-home and online tutoring franchise, is [...]

While the pandemic has been a turbulent time for many, others have noticed [...]