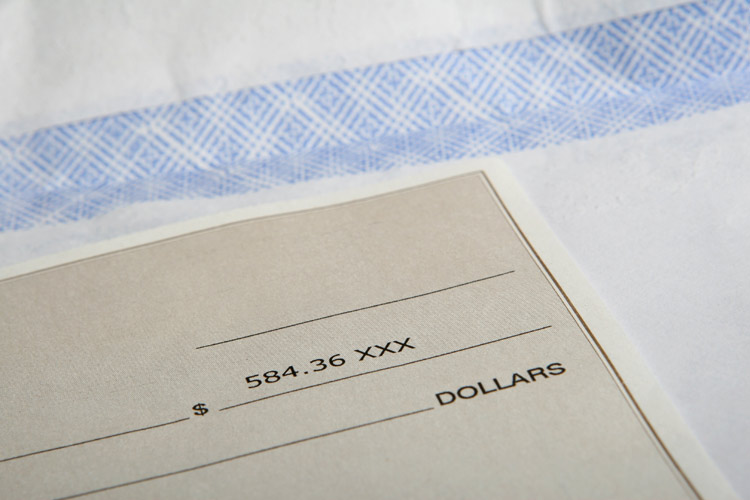 PAYE stands for ‘Pay As You Earn’ and is a way of the government deducting your monthly tax contributions from your wages. The amount you pay is dictated by your tax code and the amount that you earn annually and will be listed on your payslip.

PAYE is deducted from your wages by your employer before you get paid each month or week. It covers your income tax contribution, which pays for public services like the police, NHS, road maintenance, housing, education and the welfare system. It will also cover your National Insurance contributions, which pay for things such as state pensions and maternity allowance. You’ll be assigned a tax code by HRMC, which will be based on factors such as how much you earn, if you’re married, if you have more than one job or if you’re entitled to a different amount of tax-free income.

Sometimes HMRC can incorrectly assign tax codes, so if you’re unsure if yours is right, contact them directly. If it has been incorrect for a while, you will either receive a lump sum of money called a tax rebate (if you’ve been paying too much tax) or get an additional tax bill to cover historical tax you haven’t paid correctly. It can be tricky to cover an unexpectedly large tax bill, so if you think your tax code might be wrong, ask HRMC about it as soon as you can.

The National Insurance threshold is different, as it is calculated for each ‘pay period’ rather than for each financial year. You’ll pay it as soon as you earn more than £166, with 12 percent of your weekly earnings above this figure going towards your National Insurance contribution. Unlike income tax, if you earn more in one pay period, you will also pay more NI, as it isn’t based on your annual salary.

Once you reach the age where you’re eligible to claim a State Pension, you will no longer pay National Insurance contributions. However, you will still pay income tax on any pensions you have, whether they are private or state, as well as any other income that takes you above your standard personal allowance of £12,500. If you carry on working after you’ve passed the age where you can claim your pension, your employer will take off your income tax on your wages, as well as deducting what you’re due to pay on your state pension through PAYE. Similarly, if you are fully retired but have a workplace pension or other private pension, one of the providers will deduct the tax that you owe on your state pension too.

As you don’t receive a monthly wage through an employer, you won’t have your tax deducted through PAYE if you’re self-employed. Instead, you will need to complete an annual self-assessment tax return and pay any tax that you owe as a lump sum at the end of the financial year. You’ll also need to register yourself as self-employed on the gov.uk website, regardless of whether you’re a sole trader (someone who has just set up on their own) or the director of your own limited company that employs many people.

You may also have to pay other taxes such as corporation tax, so make sure you’re aware of additional taxes that apply to you. Lots of information can be found about this on the gov.uk website, so check there if you’re ever unsure about what you need to pay. As a self-employed individual, you’ll need to take extra care to diligently note down what you bring in each month and remember to set aside a good chunk of your earnings for your annual tax bill.

It’s sensible to tuck away at least 30 percent of everything you bring in to cover this to ensure that you have enough money to cover the bill. This way, you can be sure that come tax season you won’t be panicking and taking on loads of extra work just to cover your bill. If your tax bill is lower than expected, you may even have money left over that can be used for extra treats or to reinvest into your business. If you genuinely cannot pay your tax bill, notify HMRC as soon as possible. It may be the case that you’ll be able to work out a payment plan that makes the amount more manageable, but always be honest if you’re in financial difficulty or you could find yourself in serious legal hot water.

You may also want to contribute to voluntary National Insurance payments if you don’t meet the threshold for compulsory ones, as otherwise you may not qualify for a state pension in the future. People eligible to pay voluntary National Insurance include self-employed people with profits under £6,365 annually, those who are self-employed as ministers of religion, examiners or investors in land or property and those who live and work abroad but have previously paid NI contributions.