Though credit may appear a simple concept, it forms the basis of some of the modern economy's most complex financial arrangements and instruments. Here, we take a look at what credit is, how it works, and why it's important.

Credit is an agreement to provide goods, services, or money now, on the understanding that they will be paid for at a later date. This is the basic idea behind borrowing in the modern economy. An individual or organisation that does not have direct access to the resources they require now can access credit (that will need to be paid back later) in order to purchase what they need.

Offering credit (lending or loaning money) is inherently risky. What if the borrower isn't able to pay you back at a later date? Lenders generally learn as much about the borrower as possible in an attempt to establish whether they're likely to be able to pay to minimise the risk of this occurring. One of the main ways in which they do this is by creating a credit report or credit score. This is an individual’s or organisations’ history of credit applications and whether and when they repaid their loans. 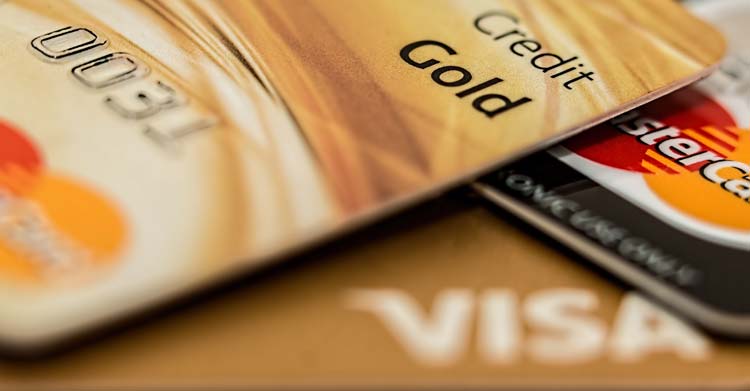 Why credit is important

Credit is significant because it facilitates economic growth. It could be argued that credit and the financial institutions that offer credit are one of the essential components of the modern economic system. Without credit, or those organisations willing to provide it, most people would never be able to afford the more expensive products or investments they make. For instance, very few people would be able to pay for a home outright. The vast majority require credit in the form of a mortgage.

Likewise, entrepreneurs would struggle to start up their own business without the help of credit arrangements. The vast majority of franchises require franchisees to fund their investment through personal assets but allow them to acquire most of the necessary capital from a lender. Up to 70% of the investment needed to set up a franchise can be funded via a credit arrangement.

Businesses also rely heavily on their credit line to grow. Without easy access to credit, companies would struggle with incredibly slow growth. They would only be able to grow at the rate of their profit margin and would be far more exposed to sudden changes in market conditions.

The list of individuals, organisations, and institutions that issue credit is almost endless. If you take a broad view of the term, anyone that lends their friend a few pounds is extending credit. However, there are some very important credit issuers that are worthy of specific mention.

First and foremost, banks and other similar financial institutions are the principal sources of credit. They lend to individuals, organisations, and businesses on an enormous scale. Every time you use your credit card, your bank is extending you credit that you'll be expected to pay back at the end of the month.

Governments bonds are also a form of credit. A government issues bonds to raise money to pay its debts. It does this by convincing investors to purchase the bonds at a certain price on the understanding that they will be repaid after an agreed period. They also typically issue them for different amounts of time (e.g. three-month, one-year, three-year, and 10-year bonds). The longer the period, the greater the return for the buyer of the bond.

What’s in it for the credit issuers?

Essentially, those who issue credit do it for financial reward. Credit is rarely free and should be considered a service. The price you pay (and the money the issuer makes) is set according to an interest rate. The interest rate is a percentage calculation. Over a fixed period, usually a month or a year, the borrower pays a percentage fee to the lender to service their debt.

Though credit and debt are very similar, interlinked concepts, there are subtle distinctions between the two terms. On a basic level, credit is the ability to borrow money, while debt is what happens once money has been borrowed. A credit card is a good example. Most credit cards have a credit limit. This is the maximum amount you can borrow. The issuer of the card is extending you credit up to this figure.

How does a business credit line work?

When it comes to business credit, things are a little more complicated. A line of credit allows a business to draw money as and when they need it. The business’ credit line has a pre-agreed limit. Though this may sound like a business loan, it differs in the fact that a business can borrow small amounts when it needs them, rather than taking the full amount, as it would have to with a loan.

This is also beneficial because the business only pays interest on the money it draws, not all of the credit it can access. A business credit line is used to ensure that small, unexpected expenses don’t jeopardise the future of the business or to provide additional working capital if there are cash flow issues.