If you're to manage and operate your own franchised business, you'll need a firm grasp of business fundamentals. Here, we take a look at one particularly important business concept – liquidity – and provide a basic rundown of what the term means and how it is used. 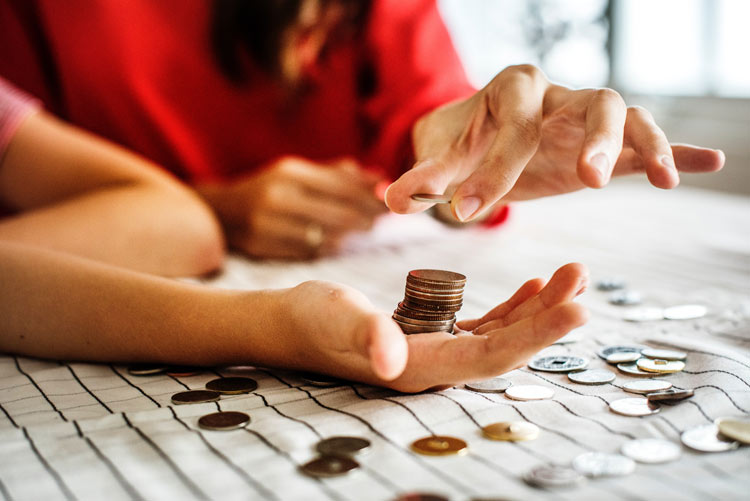 Liquidity is a measurement of the ease and speed with which an asset can be exchanged. In other words, it describes “the degree to which an asset or security can be quickly bought or sold.” Importantly, liquidity refers to the ease with which an asset is sold without that asset’s price being affected. For instance, if you’re trying to sell your record collection, liquidity is the ease with which you can sell that collection without cutting the price below market value. If the price necessarily drops when you move to convert the asset, it is considered an illiquid asset.

As well as having goods that are considered relatively liquid, such as gold and currency, there are also many illiquid goods. These include items such as artwork, antiques, and the aforementioned record collection. These are all thought of as illiquid because they are not easily converted to another commodity. Many assets are made liquid through the establishment of a trading mechanism and centralised marketplace. For instance, stock, shares, debt, and equity are all considered liquid assets due to the way in which financial exchanges like the NYSE and FTSE facilitate easy trading.

Cash as the standard

In regards to liquidity, cash is considered the absolute standard. This is due to the way in which it can be converted into virtually any other asset instantly and without any depreciation in its value. This makes it the most liquid asset in the modern economy. For this reason, many businesses borrow cash against less liquid assets to finance their growth and development. This involves arranging with a financial institution that the money will be repaid, with interest, over time. If it isn’t, the bank will repossess the secured asset. This is one of the principal means of releasing value in an illiquid asset, such as a property or machinery.

Liquidity ratios are a set of measurements that assess the degree to which a debtor can pay off their existing debts without raising additional capital. These ratios are commonly used in a comparative form – that is to say that businesses compare ratios over distinct periods (e.g. on a monthly basis). Generally, a higher liquidity ratio means a business has better liquidity and is better positioned to cover its debts.

The simplest liquidity rating is the calculation of working capital. This is often referred to as the “current ratio.” The current ratio is expressed in the following way,

This produces a ratio result that is either below "1" or above it. If the result is below 1, it means that a business' current debts (those that need to be paid within the next year) are higher than its current assets (those assets that can be converted to cash within a year or that are already cash). If a business has a current ratio below 1, they may be concerned that they don't have sufficient liquidity to pay their debts. However, this does vary from industry to industry, and some businesses can count a sub-1 current ratio as the industry standard.

On the other hand, if a business has too high a current ratio (e.g. of 3 or more), it may suggest that the company is not managing its assets well, has problems raising financing, or is unable to manage its working capital. Essentially, this type of liquidity ratio allows companies to see whether they’ve struck the right balance between their current assets and current liabilities.

Liquidity and the quick ratio

Alongside the current ratio, businesses can also use two other ratios to measure their liquidity. The first of these is known as the “quick ratio.” Sometimes this metric is referred to as the “acid test.” It is expressed in the following way,

This differs from the current ratio in that it chooses to omit inventories and other similar types of current assets. It does this due to the way in which these types of asset are not quite as liquid as cash, cash equivalents, short-term investments, or accounts receivable. Mostly, it's a stricter calculation that excludes certain assets that may not be as liquid as a business would like.

Liquidity and the cash ratio

The final metric used to measure liquidity is the “cash ratio.” This is the strictest of the three ratios employed by businesses and is typically used to measure a business’ ability to survive in the event of an emergency. It tells us whether a business could stay solvent were things to go wrong and is expressed in the following way,

Liquidity risk is the technical term for the risk that arises from an investment that is not sufficiently liquid (i.e. it cannot be bought or sold quickly enough) to prevent losses. Businesses typically mitigate against liquidity risk by ensuring that they can meet their short-term debts before investing in an illiquid asset. Similarly, they may try and avoid illiquid assets that are prone to substantial price fluctuations.

Market liquidity is the degree to which goods can be bought or sold with ease in certain markets. For instance, the housing market has low market liquidity because the asset (property) is not converted easily into cash and the market is prone to slumps that may result in the owner of the asset having to reduce the price to sell their asset. On the other hand, stock exchanges have high market liquidity because assets exchange easily, and the bid price is almost always the same as the asking price.