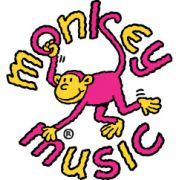 This years Monkey Music Annual Franchise Conference saw an exciting new announcement. Musician and author Izzy Judd, wife to Harry Judd of McFly, was introduced as the brands latest ambassador. Izzy was previously a member of the electric string quartet Escala, which appeared on Britains Got Talent in 2008. Today, she has an impressive social media following on Instagram and recently published a memoir Dare to Dream.

Izzy presented MOscar awards to several of the companys high-achieving franchisees. All franchisees were also treated to a violin performance from her during the launch of the Monkey Music new charity fundraising song, Music is a Gift for Nordoff Robbins.

Izzy was joined on stage by a selection of speakers from other creative industries including leadership expert Andy Bird, the British Franchise Associations Carys Jukes and percussionist Dan Early who hosted a heartwarming, interactive music session.

Monkey Music is a Pre-School Music Education Franchise helping young children learn social and cognitive skills through music. Founded in London in 1993, Monkey Music has expanded into more than 300 locations across the country and 25,000 young families in the UK attend a Monkey Music class every year.

Children from as young as three months to four years are captivated by the progressive curricula of catchy music, percussion instruments, visual props and lots of energy. Each class aids development in those all-important early years and help children to explore space, build a sense of rhythm and even read music.

Angie Coates, Founder and CEO of Monkey Music, was over the moon with this years event: The Annual Conference is a highlight of my year! This year was particularly exciting because we shared the day with some great speakers, including Izzy and her talent, and the news of her ambassadorial role!. Monkey Music names its Newcomer of the Year

Rachel Williams who owns Monkey Music East Sheen has been recognised as the franchises [...]

News published on 03/06/2018 08:00
Did you enjoy this article? Please rate this article
Average rating 4/5 based on 2 vote(s)
These articles may interest you