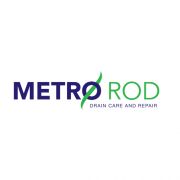 In a recent interview with the Executive Chairman of the franchise’s parent company (Franchise Brands), Proactive dove into Metro Rod’s 2021 performance.

This fiscal quarter, Metro Rod has performed extremely strongly. System sales are up 32% year on year, and 52 new recruits have joined the drainage franchise’s B2C division. In an interview with Proactive, Executive Chairman Stephen Hemsley was happy to share more about Metro Rod’s 2021 efforts. He began by expressing that, “It really is a testament to our franchisees. They have worked incredibly hard.” He then put Metro Rod’s success down to three key things that franchisees have done:

These efforts all allow Metro Rod to provide better and more complete customer service. This is also the goal that Stephen and the whole team are pursuing with increased investment in technology and digitisation. According to Stephen, digital transformation and improved technology will give customers access to “a lot of information” and shorten the communication chain significantly.

If you’re interested in investing with an undeniably successful drainage franchise and joining a thriving, well-parented network, Metro Rod is a strong option. You can become a franchisee for a minimum initial investment of £50,000. Find out even more about Metro Rod via its profile page, which you’ll discover linked above.

The franchise has been providing for the needs of the region for over a [...]

In a recent blog post, Tracey Cockerton explained the risks of starting [...]

FoodCycle is a charity working towards the reduction of food waste and [...]

The network of drainage experts recently shared on its website four key [...]

In a recent The Manufacturer article, the drainage franchise explained [...]