The security franchise recently broke down, in honour of Fire Door Safety Week, the importance of a fire door and the dangers that can arise when one is not present or properly maintained.

Today is the final day of Fire Door Safety Week, and in honour of this awareness-raising event, Jackson Fire and Security recently shared a blog post all about fire doors, and how crucial they truly are when it comes to slowing down the spread of fire and smoke in a building (giving people more time to escape). According to the security franchise, there’s widespread neglect of fire doors in the UK.

In the words of Jackson Fire and Security, “Some of the reports on the [Fire Door Safety Week] website highlight the issue of residents repeatedly raising fire safety concerns, and yet not seeing any action initiated to rectify them. For example, the 2019 Fire Door Safety Week film talks about social housing and the lack of response to fire safety concerns that are raised. This isn’t just a frustrating situation for residents; it puts them in the awful position of knowing that someone else’s lack of action has the potential to put them and their family’s safety at risk.”

The franchise also cautions that these failings aren’t limited to one area, like social housing, or to just a few lax companies. Instead, “There are many places failing in their duty to ensure fire doors are able to hold back a fire and give people time to evacuate. Last year, The Fire Door Inspection Scheme revealed that around three quarters of the fire doors it had inspected during 2019 were not fit for purpose.” These figures came from over 100,000 inspections in more than 2,700 UK buildings. Apparently, “In almost a third of cases, doors had been poorly installed.”

Jackson Fire and Security feels that, for many property owners and managers in Britain, fire doors simply aren’t a priority - and this is a potentially deadly error. The franchise ends the post with a call to action, asking its customers not to let that be the case in their buildings, saying, “You’ll find lots of resources on the Fire Door Safety Week website, including bespoke advice for specific sectors. It explains more about responsibilities for fire door safety and outlines the simple monthly checks and visual inspections that building owners can do to make sure there are no obvious defects.” 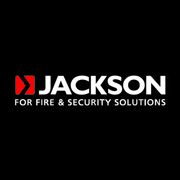 The franchise recently explored the struggles of disposing all items [...]

The security franchise broke down the risks of employee theft in a recent [...]

The fire and security management franchise recently explained the six [...]

The 3-bed holiday cottage is based in Betws-Y-Coed, set back from the [...]

The fire and security franchise recently shared its insights on the value [...]