Wetherspoon is one of the most successful British brands in recent history. Its current chairman is renowned as a somewhat eccentric and outspoken businessman, but little is known about Wetherspoon’s CEO. Here, we take a look at the brand’s history and provide a little extra information relating to its CEO.

Who is Wetherspoon CEO, John Hutson? 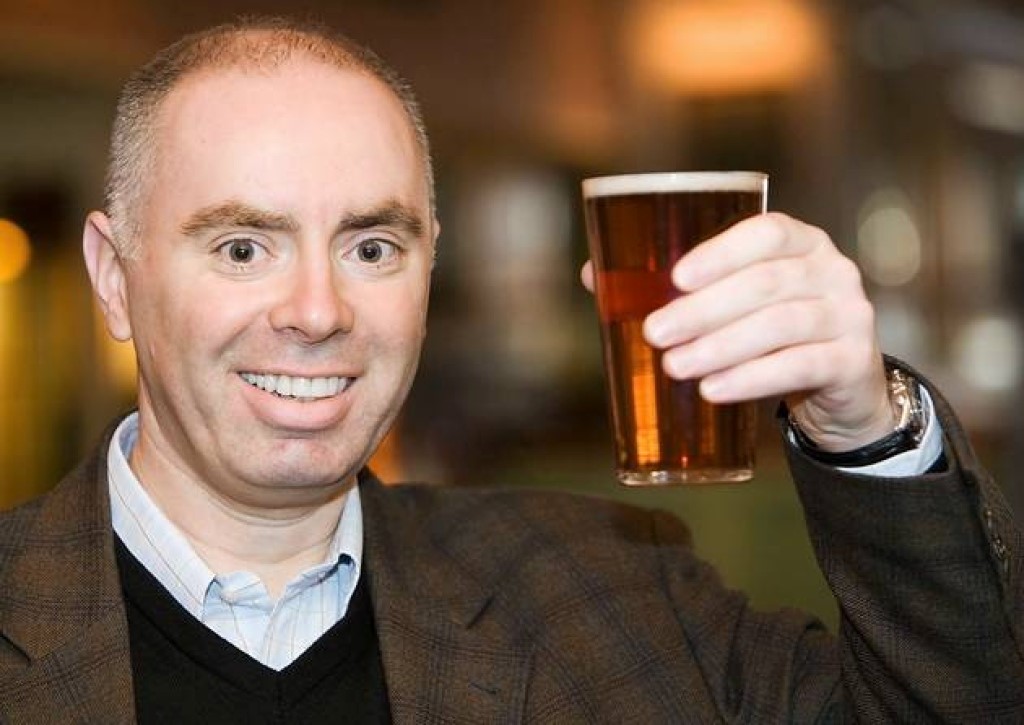 Wetherspoon’s current CEO is John Hutson. After studying at the University of Exeter, John worked at London brewer Taylor Walker. There, he took up the position of area manager and played an essential role in growing the business’s parent company, Allied Domecq. The experience he built up in the alcohol and quick service restaurant sectors meant he was well placed to accept a position at Wetherspoon when the opportunity arose.

Like much of Wetherspoon’s workforce, Hutson worked his way up the company hierarchy. He started out as an area manager in 1991, before being promoted to general manager and then operations director in 1994. In 2004, he became Wetherspoon’s CEO, as founder Tim Martin stepped back from leading the business.

During his time as CEO, Hutson has overseen the development of Wetherspoon's food services, improving the standard of meals and making sure all branches are equipped with a high-quality kitchen. He has also been a key figure in the company’s expansion into the valuable breakfast and coffee markets. Believe it or not, Wetherspoon now sells as much coffee as Caffé Nero.

Overall, Hutson’s period of leadership has seen Wetherspoon establish itself as the one of the most successful pub companies in the UK.

Renowned for turning old and unused buildings into popular pubs while selling affordable food and drinks, Wetherspoon has become one of the nation’s favourite pub chains. The company now manages around 900 locations and employs more than 37,000 workers.

In 2019, Wetherspoon reported sales of £1.8 billion in the UK and Ireland, up £125 million from 2018, and up £863 million from 2009. These figures demonstrate how the pub chain has maintained healthy profits during an economically turbulent decade.

This could, in part, be down to Wetherspoon’s weekly food promotions, including Tuesday Steak Club, Wednesday Chicken Club, and Thursday Curry Club. Its bulk purchasing power also helps keep the business afloat by undercutting its competitors’ prices.

Tim Martin founded the Wetherspoon brand in 1979. The first pub was launched in Muswell Hill in Haringey, North London and, after this venture proved successful, Martin established more pubs in the area. During the 1980s, Wetherspoon cemented itself as a North London favourite, not yet the nationally recognised company it is today.

Did you know? Wetherspoon sells as much coffee as Caffè Nero.

By 1990, however, the chain was large enough to hold its first real ale festival. This marked the start of a period of intense growth for the brand and the real beginning of Wetherspoon as the UK’s leading public house. As a business leader, Martin excelled by adopting an approach few others had. Rather than buying disused pub properties, he bought any suitable, empty property he could find and applied for a new alcohol licence.

This process was often a lengthy and complicated one, but applying for a new licence meant he wasn’t tied to a brewery leasehold. In short, this approach gave him greater freedom to build a pub empire in his own unique way.

Throughout the 1990s, Wetherspoon launched new and exciting initiatives. While not all of them were successful, many were ahead of their time and set the foundations for the industry-wide adoption of certain practices. For instance, in 1991, Wetherspoon opened its first non-smoking bars, and in 1992, it launched its first airport pub at Heathrow.

In 1996, Wetherspoon opened its 150th pub and, by the turn of the millennium just four years later, the chain had 400 pubs in its network. The following decade marked even more growth for the chain, as well as a number of accolades and awards. By 2011, it had opened its 800th pub, and in 2015, the business recorded annual sales in excess of £1.5 billion for the first time.

Unfortunately, there are no Wetherspoon franchise opportunities at the moment. All the brand’s locations are privately owned and operated by the business, which hires pub managers to oversee day-to-day operations at each branch. While you can apply to become a pub manager, you’ll still be classed as a company employee in this role and won’t have an ownership share.

There are several franchise alternatives in the pub sector. Take a look below and see how you can become the proud owner of a Marston’s, Fullers or Greene King pub.

This pub franchise appreciates a local pub is the heart of a British community and it is a hub of socialisation, celebration, commiseration, relaxation, reflection and enjoyment. It has been up and running for over 180 years and has approximately 14,300 people working for it.

This pub chain focuses on “unique character and true authenticity”. Its roots can be traced back to 1845 but, today, there are around 400 Fullers pubs dotted across the UK. This business also owns pizza and craft cider restaurant The Stable and country inn chain, Bel & The Dragon. Although Fullers doesn’t specify that it offers franchising opportunities, it does enlist business partners to run branches of its pubs.

Even though this was our first pub, we have never felt that anyone was breathing down our necks. It has always been about trust – Fuller’s trusting us to do things our way, and us knowing they’re there whenever we need them. – Dave & Stacey Wallis, The Farmer’s Boy, Kensworth

This is another pub chain that doesn’t offer franchising opportunities specifically, but does initiate licensing agreements and allow business partners to take on their own pub under the company’s brand identity. There are over 2,700 Greene King pubs, restaurants and hotels across the UK. The brand owns several different names, from Hungry Horse and Wacky Warehouse to Loch Fyne Seafood & Grill, so it can take advantage of a number of customer demographics and revenue streams.

If you’d like to browse some of the other fantastic investment opportunities open to you, why not take a look at our catalogue of food and drink franchises?

Article published on 19/04/2021 13:16
FOCUS ON BUSINESS SECTORS
Did you enjoy this article? Please rate this article
Average rating 4.5/5 based on 1 vote
These franchises may interest you