Q&A: Does Haagen Dazs Franchise in the UK? 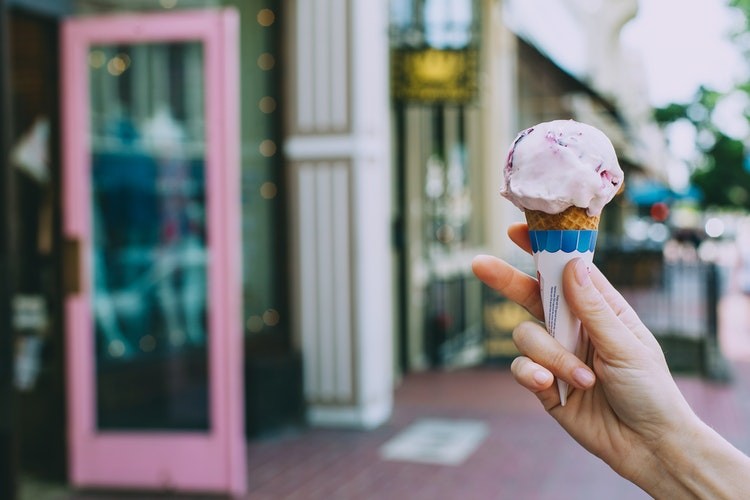 If you’re obsessed with ice cream and think you might thrive as a business owner, why not make a career out of that sweet tooth? By opening an ice cream franchise, you could make money from your passion for this frozen dairy product. Read on, and find out everything you need to know about starting your own Haagen Dazs franchise in the UK.

UK customers love ice cream, and as the owner of your own Haagen Dazs retail store, you’ll be in the best possible position to capitalise on this abiding love. Britons consumed over 500 million kilograms of the stuff across 2021 [Collective Equity Ownership], and in 2022, your ice cream shop’s sales could be a part of this massive figure if you choose to start your own dessert franchise with Haagen Dazs.

Does Haagen Dazs franchise in the UK?

If your dreams are set on setting up your very own Haagen Dazs store, you’re in luck. You’ll be delighted to hear that the famous ice cream company does franchise in the UK. What started in Brooklyn with only 3 flavours is now a 46-flavour world-renowned ice cream shop, and as a franchisee, you’d benefit hugely from the weight of Haagen Dazs highly-famous brand name - and from the quality of franchisor support on offer.

The history of Haagen Dazs, a household name dessert franchise

If you’re interested in starting your own sweets franchise with Haagen Dazs, you should get to know the company’s storied history, first and foremost. Established in 1960 by Reuben Mattus, the brand was doing something different and unique from the word “GO”. While competitors were cutting corners (including pumping ice cream with air to save money), Reuben was using the finest ingredients to create something super-special - and able to stand the test of time.

In 1976, the first Haagen Dazs shop opened in Brooklyn Heights, New York. And since then? The brand has just continued to grow, grow and grow some more, coming to the UK and making waves in the early 1990s. Haagen Dazs has stayed at the top of its professional game for so long by making major marketing moves in recent years, such as shifting its premium positioning and modernising to meet new consumer interests and demands.

In the words of Jennifer Jorgensen, the company’s Vice President and Marketing Director, “The world of luxury is changing. It isn’t as much about conspicuous consumption anymore, it’s more about craftsmanship, authenticity and the story behind the brand.” Haagen Dazs wasn’t representing what consumers wanted anymore, so rather than staying stuck in its previous patterns, the brand moved to modernise ASAP.

That rebrand? It worked. Haagen Dazs is more popular than ever heading into 2022, and there are around 800 franchise locations doing business across the globe - a number you could add to, bringing the melt-in-your-mouth goodness of the franchise’s desserts to a brand-new territory. If that appeals, read on. Find out the answers to the three questions below, and you’ll know everything you need to in order to invest with Haagen Dazs...

1. How do you go about becoming a Haagen Dazs franchisee?

You can start the journey towards an investment with this ice cream giant by reaching out to the brand. If you’d like to do so but you’re not sure if you’re the right fit for the investment, know that the franchise would consider the perfect applicant to be someone that was hard-working and committed with plenty of business acumen and time to give to the investment.

Someone who was willing to give it their all and provide plenty of their attention to the launch and development of their Haagen Dazs business, even if they had other commitments to juggle. If that sounds like you, you might be an ideal investor, even without direct experience of working in the dessert sub-sector of food service.

If you’re interested in becoming a Haagen Dazs franchisee, you’ll need to make a personal investment of £23,000, with a minimum total investment cost of around £119,000. The average price of starting a franchise varies from investment to investment, depending on factors such as the brand name, the franchise’s size and the type of business you’ll be running.

This in mind, it’s no surprise that Haagen Dazs, a hugely well-known household name, costs a little more to franchise with than the average cost of launching a franchise as of 2018, which was £42,200 [British Franchise Association]. If you’re really interested in running a dessert franchise, but you can’t swing an investment in Haagen Dazs, don’t forget that there are other options out there.

Chock Shop, for instance, is an artisan producer and mobile seller of Belgian chocolate brownies. You can become a Chock Shop franchisee and start selling these beloved sweet treats up and down the UK for a minimum initial investment of just £10,000, with franchise fees of £15,000 and an advertising fee of £67 a month.

Company support will always be on hand to guide and assist you when you need it, and you’ll also receive plenty of marketing back-up in the form of co-op advertising, national and regional media and ad slicks. Essentially, you’ll never be alone as a franchisee in this thriving ice cream family, and you’ll always have the hard-earned expertise of the Haagen Dazs franchisor team to turn to.