Q&A: Does Popeyes Chicken Franchise in the UK? 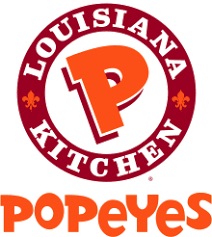 Popeyes is one of the most popular chicken franchises in the US and a global franchising success story. It’s known for its Cajun-spiced cuisine and Louisiana-inspired foods. Chicken is its primary offering, but the restaurant also serves a range of tasty sides. These include red beans and rice, Cajun-style gravy and macaroni cheese. The franchise's origins are reflected in the number of New Orleans standards found throughout the menu.

It has more than 3,100 restaurants worldwide and is the third largest chicken quick service restaurant (QSR) in the world. These restaurants span 25 countries, and all but 30 stores are operated by franchisees. However, not much is known about the brand in the UK. Here, we consider whether you can start a Popeyes Chicken franchise in the UK and explore the fast food business’ interesting history.

Does Popeyes Chicken franchise in the UK?

Currently, there are no Popeyes restaurants in the UK. However, the restaurant is open to franchising in international markets and would be happy to work with keen investors to see whether there is a viable market for its products in the UK.

In July this year, Popeyes announced its new agreement to open more than 1,500 restaurants in China over the next 10 years. This demonstrates how eager the brand is to further its global coverage. According to Josh Kobza, Chief Operating Officer of Restaurant Brands International (RBI), parent company of Popeyes:

We look forward to bringing our great tasting chicken, biscuits, sides and beautiful new restaurants to our guests in China with our partner, TFI TAB Food Investments (TFI)."

How would a Popeyes Chicken franchise be received in the UK?

Considering the success of other chicken franchises, it's highly likely that Popeyes could establish itself in the UK market and begin growing a loyal customer base with relative ease.

The franchise's strong brand identity and dedicated US following would give it an advantage when it comes to distinguishing itself from competitors, and the menu's distinctive Cajun flavour would also provide it with a unique selling point. Popeyes could also capitalise on the difficulties other chicken retailers in the UK have experienced in recent years, not to mention its famous chicken sandwich…

How successful is Popeyes in the US?

Well, on top of the impressive statistics we mentioned, its recent success comes from its introduction of the limited-edition chicken sandwich. A week after its launch, a social media storm took off because of a debate with Chick-fil-A about which sandwich was better.

This was when the promotion really exploded. According to Apex Marketing Group, Popeyes reaped $65 million in ‘equivalent media value’ after the ‘Chicken Sandwich Wars’ (forbes). 1,000 chicken sandwiches were sold a day until it officially sold out after two weeks. The whole ordeal ended up doubling store traffic. Impressive, right?

If you’re considering being the first to bring Popeyes to the UK, or even open a franchise in a territory where it is already operating, see below for full details about its international franchise opportunity.

What is the opportunity?

There are some considerations to make before contacting the franchise management team for more information. First and foremost, prospective franchisees need to understand that Popeyes only signs area development agreements for five or more restaurants. This is to ensure that those who invest in the franchise are committed to aggressive expansion and are financially capable of supporting that growth.

This means that any investor hoping to bring Popeyes to the UK will have to build a minimum of five restaurants in an established time period. The franchising process typically takes three to four months, but could take longer in an entirely new market. Applicants would also need to demonstrate that they have the business, finance and marketing acumen required to launch the franchise in a competitive and cut-throat market.

What is the investment?

The minimum net worth required is $1 million per restaurant.

What training and support will I receive?

Franchisees will work alongside the Popeyes Support Team when finding the best way to introduce the brand into the market. This includes a comprehensive Brand Positioning study that will inform decisions to do with the menu, facilities and marketing.

Popeyes will also help establish an effective Market Development Plan that includes how many and what type of restaurants you will open.

All international franchisees have a primary support person called the Regional Leader. They use their years of experience as a highly successful restaurant professional to guide you through any queries you may have along your journey.

This isn’t everything it offers either. Popeyes Chicken franchise really does care about its franchisees becoming profitable restaurant owners. To see a full description of the training and support you can expect, you can see a dedicated page on their website here.

Do I need any experience?

Yes. You do need to have restaurant operating experience and previous ownership in a multi-unit food service operation in the market that you want to develop. This is on top of having retail development experience in the market.

You can request information about the franchise opportunity here.

Are there any alternative franchise opportunities in the UK?

If you’d rather not be the first to bring the Popeyes Chicken franchise across the pond, why not consider these two popular fast food franchises that are already established here?

With over 20,000 restaurants in 123 countries, KFC is the second largest restaurant franchise in the world and an excellent investment opportunity. You’ll need a minimum of $1 million to get started.

Unlike Popeyes and KFC, Chicken Cottage originates in the UK. The franchise has successfully pursued a policy of rapid international expansion, opening stores in markets as diverse as Germany and Dubai. A franchise unit costs approximately £210,000 to £280,000 to set up, while a master franchise can be purchased for anywhere between £350,000 and £1 million, depending on the country.

Sink your teeth into a Popeyes Chicken franchise

So, there you have it, that’s the Popeyes Chicken franchise opportunity. The brand is clearly loved around the world and there is certainly potential for Brits to get behind it. When starting a fried chicken franchise, remember that if you sell good-quality food, you will develop a better reputation. Also, if your employees are happy, your customers will pick up on the positive atmosphere and be more likely to return. Fast food chicken restaurants can be extremely lucrative – if done right. You an see a full list of our fast food franchise opportunities here.

Q&A: Does Waterbabies Franchise in the UK?

If you love the idea of working with children and supporting families in [...]

Q&A: Does eTyres Franchise in the UK?

Are you thinking about starting an automotive franchise? An eTyres [...]

Article published on 18/01/2021 08:00
DEVELOPING YOUR OWN BUSINESS IN FRANCHISING
Did you enjoy this article? Please rate this article
Average rating 4.7/5 based on 5 votes
These franchises may interest you