Q&A: Does Audi Franchise in the UK? 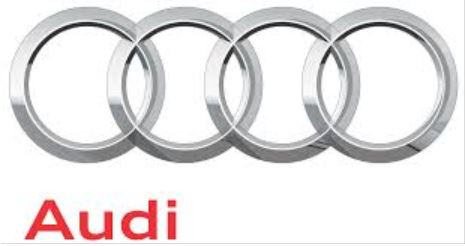 Audi is a well-known automobile manufacturer famous for its luxurious vehicles. If you’ve always been a fan of the brand, you might be interested in whether you can start an Audi franchise unit in the UK…

Audi is one of the world’s leading car manufacturers, designing and manufacturing premium cars that are sold in markets across the globe. Audi champions “sporty vehicles, high build quality and progressive design”, which allows it to be an innovator in its field. It currently benefits from over 100 international markets, and carried out 1,878,105 deliveries in 2017 alone. Audi has a huge international workforce of 90,000 employees; this is a diverse group, with 93 different nationalities. Before we find out if you can buy an Audi franchise in the UK, let’s take a look at its interesting history.

Does Audi franchise in the UK?

Unfortunately, Audi does not offer franchising opportunities in the UK. However, as Audi is a global retailer, it could decide to launch a franchising model in the future, so it’s worth checking back in time.

How to get involved with Audi

If you’re dedicated to being part of the Audi brand, the good news is there are lots of ways you can do this. Audi is keen to sustain its success and so takes measures to continually boost its employee base with talented and dedicated workers. As a result, it advertises 800 places on its training courses every year and provides more than 124,000 hours of postgraduate training across Europe.

You could also be part of the UK Head Office team in Milton Keynes, become an apprentice, join the ex-armed forces programme, and so much more. Head to the careers section of its website for more details.

The automotive sector in the UK

The automotive industry is big business, with it employing over 823,000 people (Statista) and there being approximately 32 million cars on our roads (IET). It’s hardly surprising, then, that the sector generates over £18.6 billion for the UK economy. So, while it isn’t possible to start an Audi franchise, it’s a smart decision to see what else is out there.

The ChipsAway franchise specialises in SMART (small to medium area repair technology) processes. Having operated in the automotive sector for around 20 years, the franchise is now the most extensive network of car repair specialists in the UK.

Established in 1992, Etyres was the first online tyre franchise to operate in the UK. It capitalised on a gap in the market and implemented a franchising expansion plan in 1996. Specialising in online tyre ordering and mobile fitting, this van-based franchise provides an essential service in a vast market.

We’ve discussed just two of the fantastic franchise opportunities on our books at the moment, but you can see a full list on our car franchises page. Enjoyed this? You might also be interested in whether you can start a BMW franchise unit in the UK.

We sat down with Nigel Botterill, Founder of Entrepreneurs Circle [...]

Checklist: How to Prepare for the Franchise Interview

Have you got a franchise interview in the calendar? There’s no [...]

Article published on 22/06/2021 16:00
START A BUSINESS
Did you enjoy this article? Please rate this article
Average rating 4.5/5 based on 2 votes
These franchises may interest you

Revolutionise urban car care, help save the environment and maximise your earnings with No-H2O!

Accelerate into business with an award-winning £1m franchise