Prokil have been helping property owners for over 50 years to solve damp, timber problems and by installing basement waterproofing systems. Franchisees gain qualifications to become industry leading experts whilst running a business. 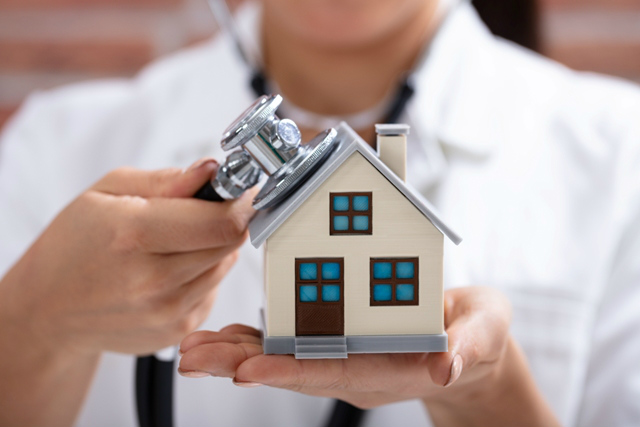 Prokil have been called ‘house doctors’ as we diagnose and carry out treatments for both commercial and residential properties when they are experiencing problems. As a company we have been solving damp problems, carrying out timber remedial work and much more for over 50 years. More recently, as the company has developed its growth strategy, Prokil have decided to offer franchise opportunities across the UK.

As a franchisee you will have exclusive rights to operate within an agreed territory. This opportunity will teach you how to become an expert surveyor, how to carry out surveys and reports and how to conduct remedial treatments.

You will initially start off being heavily involved in the day to day operations as a small company. However, as your business grows, you will be responsible for a team of workers.

Don’t worry if you have no previous building or construction knowledge. We have a tried and tested training programme which has been proven to get franchisees confident and ready as quickly as possible. At the end of the day we realise that a franchise is your business and that you want to be earning money as soon as you can.

Prokil initially offer three months extensive training at their Head Office in Bournemouth. Here you will spend some of your time working with our experienced team members as you learn your new skills. This involves attending surveys with our surveyors, training with our administrators and working on site with our technicians. 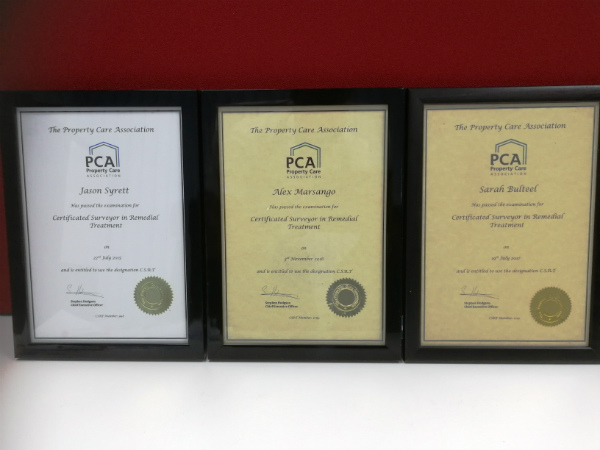 Whilst you are training with us we teach you how to run your Prokil Franchise with success. You will gain insight into how to generate enquiries, how to manage your business and how to carry out the daily tasks required.

Included in your training we offer franchisees the chance to gain industry related, nationally recognised qualifications. We work closely with a trade association who provide certification in the related fields of work.

Once you have finished your training the support doesn’t stop there. You will have a dedicated franchise manager who will be able to assist you in growing your business. Additional support will also be offered from Head Office staff to ensure that you never feel alone and have a wealth of experience and support behind you. No matter where you start your franchise, we are always able to support you in your territory. 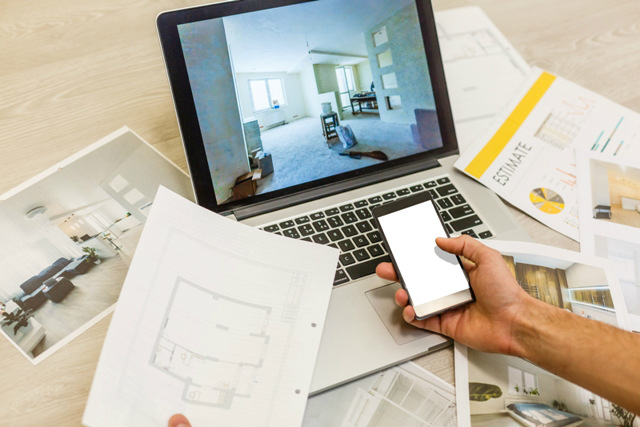 Firstly, no previous or industry related experience is required. The most important attribute is to be self motivated and driven.

We are searching for franchisees who are

They must be willing to enjoy the thrill of running their own business with the support of dedicated qualified professionals.

In a highly specialist market with challengers from other businesses you will need to compete on a daily basis to be successful.

Prokil was founded in Bournemouth the 1960’s when times were very different. The original owner was one of the founding members of the British Wood Preserving and Damp-Proofing Association (BWPDA), now known as the Property Care Association. His passion for researching and developing products helped to advance the field of damp proofing and timber preservation.

As years past the Prokil brand grew in the local area and soon we were the first choice company for all matters relating to damp, timber decay, woodworm and more. During this time we built up a reputation as leading experts and became known for our high level of work and customer service.

The current owner, Carlo Marsango, took ownership of the company in 2011 and a new strategy to drive the business was developed. In the ensuing years Prokil built a team of highly skilled surveyors and operatives who have collectively amassed a wealth of knowledge specialising in damp remediation, timber preservation and basement waterproofing.

In 2015 Carlo saw an opportunity to grow the brand further. With this in mind and with the help of the Prokil team we started on our franchising road. After running a pilot franchise in Brighton for a year we saw a rapid expansion with new franchisees across the South East of England. We are now looking for more franchisees to take the Prokil brand across the whole of the UK. 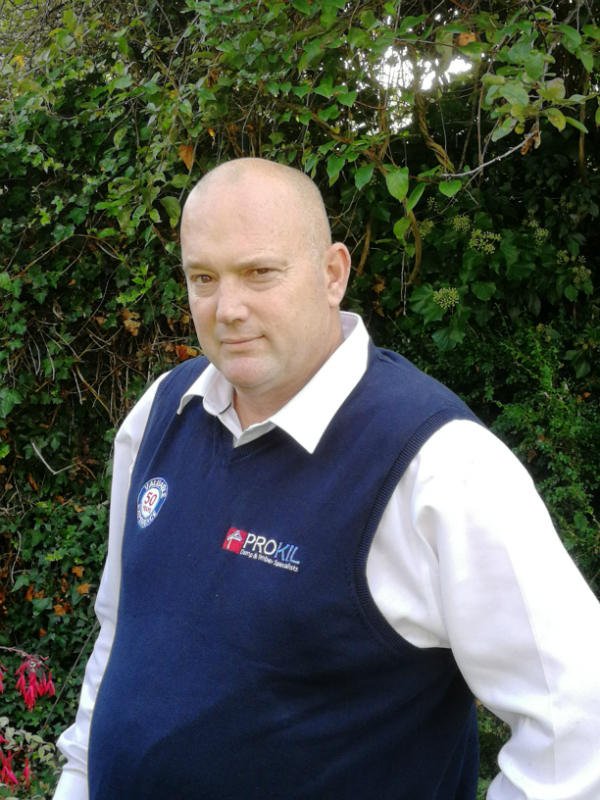 Prokil welcomed Jed Chamberlain as the Guildford and Crawley franchisee in the Spring of 2019. After relocating from abroad Jed was looking for a new opportunity to learn new skills whilst owning his own business. He wanted something which offered flexibility, provided a real service which improved lives and had the opportunity for expansion whilst making a good return.

After looking through several franchise opportunities and attending many meetings Jed finally met with Carlo, (Prokil director), and Alex (Prokil franchise manager). Swiftly after this he decided to stop looking and to proceed with joining the Prokil network.

Jed completed his extensive training at the Bournemouth Head Office in late Summer 2019. Since then he has attended numerous properties on a weekly basis and has regular work booked. Business is growing at such a rate that he is already looking at buying another territory and employing more staff. 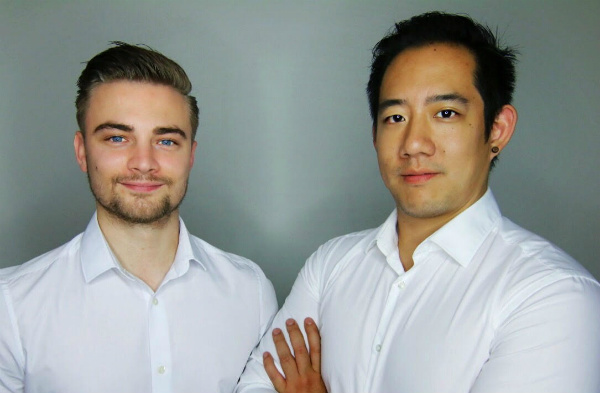 In 2018 business partners James and Wai evaluated several franchise opportunities before deciding to invest in Prokil. The potential to grow a new franchise in central London was an appealing proposition to the entrepreneurs. They worked closely with Head Office to compile a comprehensive business plan to forecast their first five year of trading.

Prokil Head Office set the new franchisees up with an online marketing package to cover pay per click, search engine optimisation and other mediums.
Even whilst completing their extensive training the business partners benefited from carrying out surveys in their own territory. Work rapidly followed from a stream of avenues including from estate agents, private property owners and insurance companies.

Having recently completed their first year of trading the two partners are very optimistic about the future. They reported a turnover in excess of £145,000 which exceeded their projections by over 20%.

Prokil has recorded a higher level of demand for its services during the Covid-19 outbreak.  Thanks to its flexible approach to the [...]

Prokil’s franchisee for the Epsom area has given an insight into her journey as an investor during the pandemic.  Joanne Foster [...]

The first franchisees to join the Prokil network have shared their experiences of working with the damp and timber specialist franchise. Nathan [...]

Prokil brings its damp proofing and timber preservation services to Point Franchise – could it be the ideal opportunity for you? Point [...]