Build a domestic cleaning management franchise with low investment, great returns and personal mentoring from our most successful franchisee

Established in 1980, Poppies is now owned and operated by its most successful franchisee, Chris Wootton. Chris and his head office team will guide and support you in how to build your own large domestic contract cleaning business. Hungry to achieve... why not set out to be one of the biggest businesses in the Poppies network? 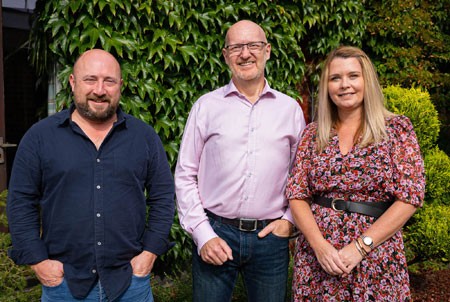 A franchise is about replicating a proven business model for yourself – who better to guide you along that path than someone who has trodden it themselves!

To be successful with Poppies you simply need the right attitude, Chris and the team will help you with the rest.

“I could always see the potential and I liked that I could build a really big business. But I had to confess that I absolutely hate cleaning! I eventually had my ‘lightbulb’ moment which enabled me to see past the service and truly see the business opportunity. I realised that there are literally hundreds of people out there, just like me, who hate cleaning and would much rather be at work and have someone else do it for them. So, I jumped in to lead my team of cleaners and, of course, that was absolutely right. It turns out that I was my own ideal customer!”
Becky, Poppies Exeter 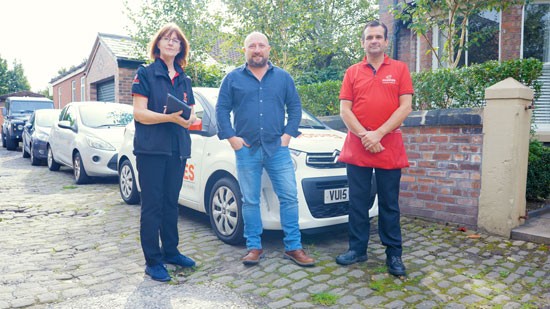 There are two routes into running your own Poppies domestic cleaning business, either start in a new territory or buy an established business. Here are the typical steps when following the most common route of starting in a new territory:

The most important characteristics of successful Poppies franchisees are that they have excellent people skills, real passion for their business and the ambition to grow.
No prior cleaning industry or business ownership experience is necessary. You need to be:

Founded in 1980 by Sue Rorstad, Poppies launched its first franchise in 1984. More than a decade of successfully launching people into business later, what Sue didn’t know was that one of them was to become the future of her brand.

In 1996 Chris Wootton became a Poppies franchisee in Ormskirk, Lancashire. Carefully following the business model honed by Sue and earlier franchisees, he grew his business (which he still owns to this day!) into the largest in the Poppies network.

With Chris enjoying sustained success, he and Sue became good friends. Chris moved into various franchise management and support roles within Poppies, using the knowledge and experience he’d gained from growing his own franchise to help others.

With a love for Poppies and a firm belief in the franchise, Chris spent a full two years diligently setting the brand up for its future, modernising systems and pausing new franchise sales completely until the time was right and the business was ready.

That time is now. The business is ready. 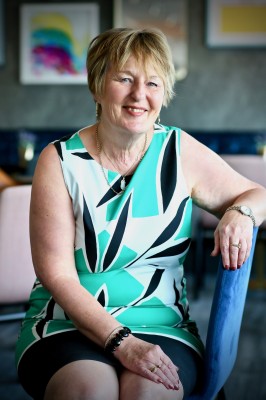 Poppies: a rewarding franchise in so many ways

When circumstances forced Wendy James to re-evaluate her career, it wasn’t long before she found the perfect option. Domestic cleaning franchise Poppies had piqued her interest with strong market demand and promised the support she knew she would need to grow a rewarding business for her family’s future. To this day, the business has given back in bucketloads.

“Poppies just felt right. Everyone I knew either had, wanted or needed a cleaner, so it was clear the demand was there. I didn’t look at any other franchise models because I liked the sound of Poppies so much. It’s filled me with great satisfaction right from that first day of launching in Northwest Leeds and has also equipped me with a significant asset for when the time comes to retire.” 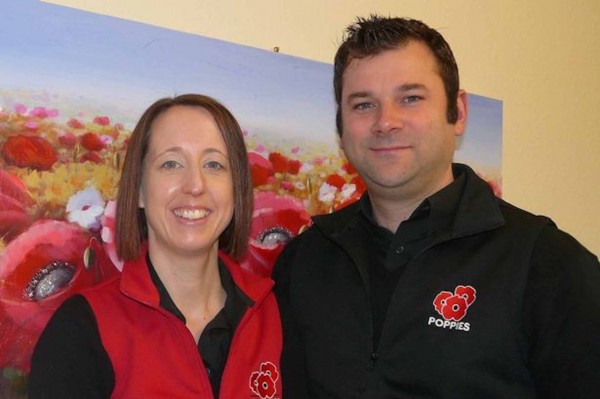 Driving towards a successful business

When former driving instructor, Katie Ellams, required more flexibility, she and her husband moved up north to open a tearoom. However, the long days and intense seasonal trade wasn’t quite what the pair were searching for. Katie started to feel the pull of her home in Chester to be closer to her family and, after relocating, she found her perfect match in a cleaning franchise, Poppies.

“Poppies has given me the flexibility and security that was missing from my previous career. It’s certainly brought a breath of fresh air, right from the very moment I took over the business in August 2013. Poppies has offered me the safety blanket of having a specific model to follow, whilst injecting my own flair and personality into the service - it’s grown into a business that I’m proud of.” 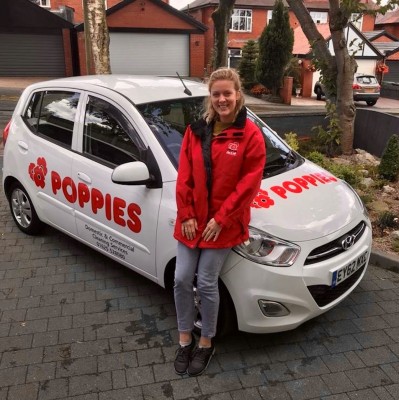 Taking her business from good to a blooming success!

When a sudden reality check forced Carey Taylor to reconsider her future, business ownership provided her with a solution. However, whilst worrying about the challenges of going it alone, she realised that buying an existing business would give her a greater chance of success. Three years after taking over Poppies Wilmslow, Adderley Edge and Macclesfield (WAM), it was this franchise that proved the benefits of becoming your own boss.

“The benefits of investing in a franchise would support me, whilst giving me a great stepping-stone to success. To help me even more, taking over an existing franchise territory gave me clients, cleaners and office staff - a foundation I could build upon and allow the business to bloom.”

It’s never too late to fulfill a dream! 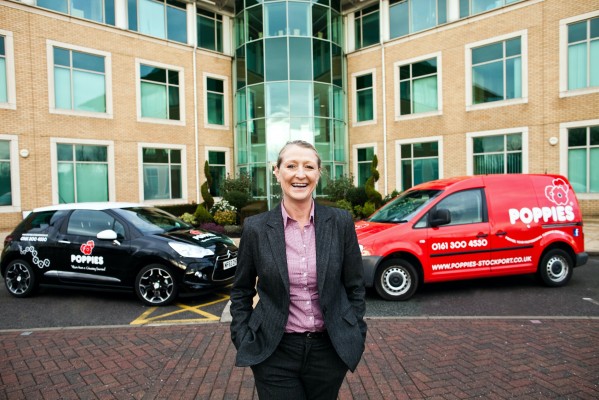 For as long as Emma Ryan can remember, being her own boss was a fantasy. After spending almost two decades in the corporate world, a stark shift in the industry that she had grown to love left her looking for a new direction. With a distinct drive for client services and managing a team, business ownership started to look like a viable option for Emma. In 2012, her dream became a reality and she opened her own Poppies franchise in Stockport. Nearly 10 years later, the only thing she asks herself is: ‘Why didn’t I do it sooner?’

“I’d always worked in a safe environment and going into business on my own didn’t offer any security. I wanted to find something that would give me a comfort blanket, whilst giving me the freedom I craved at the same time. Poppies was the perfect choice! After eight years, my business has grown in ways that I never thought possible.”

Chris Wootton recently shared some advice with his domestic customers on decluttering and revitalising their homes this spring. Poppies is [...]

Chris Wootton recently shared some advice with his commercial customers on decluttering and revitalising their businesses this spring. In the [...]

Poppies Sheffield enjoys growth of 160% since the start...

The domestic cleaning franchise’s Sheffield location has successfully weathered the worst of COVID-19 and come out on the other side [...]

The domestic cleaning company with franchise locations across the UK has recently honoured the milestone achievements of several Poppies [...]

Dan joined Poppies Leeds North West in June, and, with a team of 21 carefully selected employees already on hand, Dan is looking to double [...]

Drawing on 25 years of experience in the industry, Chris Wootton offered his knowledge up to potential franchisees. Originally established in [...]