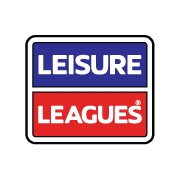 Today we learn more about World Group and how it’s played an important role in the global expansion of football franchise Leisure Leagues.

World Group is an international automobile, real estate, training and manufacturing conglomerate founded in 1912. In 2017, it took the master license for Pakistan.

The launch went off with a bang. World Group launched its operations with the ’Ronaldinho & Friends’ event in July 2017, much to the excitement of locals and the media. International football superstars, Ronaldinho, Ryan Giggs, Robert Pires and David James were all there and played in a series of exhibition games.

World Group used this exciting and highly anticipated launch to propel their league operations to the whole of Pakistan. And it worked. At the beginning of 2019, World Group were operating in 80 cities, a very impressive achievement in three years. Unlike here in the UK, football isn’t actually the major sport in Pakistan, cricket is. This makes it even more of a special milestone to be celebrated.

The conglomerate also played a crucial role in Pakistan, sending its first football team to a major international tournament when they were represented at the 2019 Socca World Cup.

The Leisure Leagues brand was born in the 1980s when a group of sport facility managers started running the first multi-division, five-a-side leagues in sports halls in the UK. There are now over 120 franchisees in the UK and overseas.

The sports franchise is always looking for hardworking entrepreneurs to join its network. You can read more about the opportunity on its client page here and in our other article: Top Fitness Businesses in the UK.