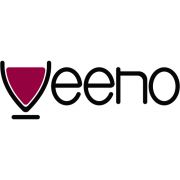 Veeno took part in a week of space-themed wonder that was held across Leicester earlier this month.

The city of Leicester welcomed its very own model moon along with a whole range of other fun activities for families to enjoy, in celebration of the 50th anniversary of the Apollo 11 Moon landing. The breathtaking Museum of the Moon exhibition by Luke Jerram came to Leicester Cathedral, along with activities including a wine tasting by Veeno.

The ‘One Giant Leap’ celebrations started back in the summer, but a week of dedicated celebrations took place between the 11th and 20th of October. They included a fun trail through the city, which challenged families to locate 15 space-themed LEGO models that had been hidden at key landmarks.

Businesses across Leicester also came to the Cathedral to host a number of events throughout the week. These included a silent disco, which offered people the chance to ‘dance under the light of the moon’ and a moonlight concert, as well as a strictly adults only event.

Veeno hosted a fun wine tasting event on the 15th, which began at 7pm. The ‘trip to Sicily’ experience invited the wine franchise’s thirsty guests to try a number of wines from across Italy’s famous vineyards. For just £20, they were treated to an exceptional tasting experience under the light of the truly stunning moon sculpture.

Since Veeno was founded in 2013, it’s been steadily growing its presence across the UK. Now, the brand has 10 locations across the country and is on the hunt for new franchisees to help it establish a presence in new regions. All of its wines come from Caruso & Minini vineyard, the family-run vineyard in Sicily that the founders’ great-grandfathers set up and offer a unique taste of Italy.

Three reasons to invest in a Veeno franchise

Much has changed and improved at Veeno including new ownership, so [...]

Veeno has announced a scheme to support healthcare heroes at the [...]

Veeno looks to the future

Veeno plans out expansion after Covid-19 restrictions are relaxed. Though [...]

Veeno shares its remarkable sales figures and provides some insight into [...]