The Avocado Show is set to release a documentary 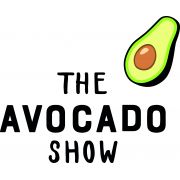 Join us in becoming the #1 restaurant and lifestyle brand in avocados and let’s get in touch to see how you could be serving pretty healthy food & fun products to every avocado fan in your city!

The brains behind The Avocado Show have announced that they’re making a documentary about the global impact of their star ingredient.

The founders of new, cool franchise The Avocado Show have announced that they’re going to be making a documentary about their search for a sustainable source of avocados.

Ron Simpson and Julien Zaal will be looking at their search for avocados that don’t have a negative impact upon the world. The green fruit’s popularity has risen astronomically in the last decade and despite the positive impact it might be having on our health, the world is struggling to keep up with the rate of demand.

In countries such as Mexico and Chile, illegal deforestation is a huge problem as people seek to build even more profitable avocado plantations. The fruit, which is the star of The Avocado Show’s menu in dishes such as pancakes, tasty toasts, salads and even an avocado bun burger, is sourced responsibly by the healthy food franchise from ethical suppliers in Chile, Peru and South Africa. However, the founders want to explore the negative impact poor farming of the fruit is having and explore possible solutions.

The documentary is expected to be release online in the new year, where fans of the tasty fruit will be able to make up their own minds about the ecological impact of the nutrient-packed avocado.

With its instagrammable and tasty menu of avocado-based dishes, The Avocado Show is one of the coolest new franchises around. It’s aim is to open restaurants in cool cities across the globe, serving up delicious meals, snacks and desserts that all harness the goodness and unique taste of the avocado. 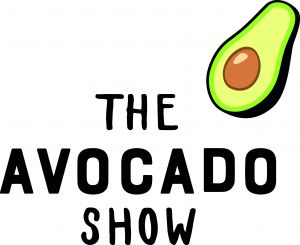 The Avocado Show pops up in London

The Avocado Show brings its delicious avocado-filled menu to diners in the [...]

The Avocado Show launches in Belgium

The Avocado Show expands to the Belgian city of Brussels to delight [...]

The Avocado Show is capturing the world’s obsession with avocados in a [...]

With over 18 years experience in the domestic cleaning market Kingsmaid are dragging this outdated industry firmly into the 21st century.

We provide our clients with a Kitchen, Bedroom & Bathroom design service that works around their way of life, providing an exclusive 'At-Home' [...]

Camile Thai Kitchen is a healthy and sustainable restaurant brand operating in the home delivery category, in the ever-expanding delivery [...]

At eDivert we offer administrative, customer service and marketing services to other businesses.

PerCurra is an award-winning ‘care at home’ company offering an extensive range of services to all adults who require support to live their life [...]