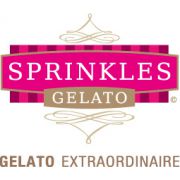 Sprinkle Gelato swept away with this year’s Great Taste awards - the world’s most coveted food accolade. Up against 12,300 other products, Sprinkle Gelato flavour was one of 4,347 products to receive the 1 star award and was deemed “Simply Delicious” by a panel of over 500 judges composed of the most discerning food critics, chefs, cooks, restauranteurs and producers, food writers and journalists. Great Taste awards is the highest award in the food accreditation scheme for artisan and specialty food producers and a stamp of excellence among consumers and retailers that values taste solely on the basis of flavour. With no regard to branding and packaging, products ranging from gin to sausages are tasted by the judges who confer and decide which will win 1,2 or 3 star awards.

When interviewed, Sprinkle Gelato managing director, Sharif Ahmed, expressed: “We decided to enter the awards for the first time this year as we know we have some absolutely fantastic flavours of gelato. We’re glad the judges agree with us and chose to give us our first Great Taste Award. We’ll be celebrating by making sure all our staff indulge in a cone of the winning gelato!”