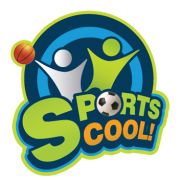 SportsCool Coach your way to £150K+ per year with initial sales guaranteed and put the fun back into your career. Help our future generation build the fitness and confidence they deserve!

Educate - Motivate - Participate. SportsCool is the one to choose if you love sports and want to make a difference.

In a recent Cheshire Independent newspaper, the Cheshire East branch of SportsCool was celebrated for scooping two top honours at the Local Business Awards.

SportsCool Cheshire East secured two awards at the Local Business Awards, which celebrates the best local, ethical and sustainable businesses in the UK. As reported in the Cheshire Independent newspaper, the sports franchise “received the wellbeing and startup categories”.

The Independent continued, “Based in Alderley Edge, [SportsCool Cheshire East] was started by Stephen Barnes. It is one of 28 SportsCool operations across the UK that are working closely with more than 400 education providers.”

This branch of SportsCool was actually launched by Stephen and his wife Rose, who set up the business in order for Stephen to spend more time at home with his family, rather than working away for long hours in the big city.

When the two launched SportsCool Cheshire East, Stephen left the corporate world and instead started offering schools a diverse range of sports coaching services in his local area (everything from fencing to archery to ultimate frisbee).

Today, according to Cheshire Independent, the franchise location “operates before and after-school clubs in Cheshire East, Stockport and South Manchester, with holiday clubs in Cheadle and Wythenshawe”.

The paper went on to further praise SportsCool, expressing that, “SportsCool Cheshire East has also helped 400 families over the past six months, through its work delivering the holiday activities and food (HAF) programme with Stockport and Manchester City Councils. The HAF programme provides free meals and activities during school holidays for children eligible for benefits-related free school meals.”

Find out more about a potential investment with this community conscious franchise (which will cost you a minimum initial amount of £24,995) via its profile page, which you’ll discover linked above. 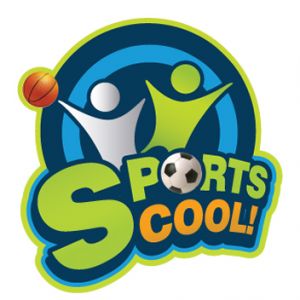 SportsCool introduces kids to a unique, diverse range of sports - including curling!

The physical education franchise has been working with primary school [...]

SportsCool brings fencing to the next generation

SportsCool is bringing the exciting sport to a whole new generation of [...]

SportsCool introduces kids from all backgrounds to the joys of fencing

Once an elite sport largely reserved for fee-paying schools, [...]

SportsCool chats with The Scotsman about its very first Scottish site

In a recent article from The Scotsman, SportsCool’s steadily [...]

In conversation with Lancashire Business View, the Blackburn-headquartered [...]