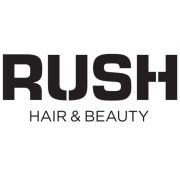 Rush Hair is a globally competitive brand dedicated to giving professional hair care services to everyone in the world.

RUSH Hair Manchester City Centre has been named as one of the best providers of customer service in a mystery shopper survey.

More than 320 stores and restaurants across Manchester’s city centre were survey by the BID’s mystery shopper team, who are tasked with finding the very best customer service experiences in the city. The winners were announced at an exclusive Awards Breakfast, which was held at the Royal Exchange, where the 13 victors were presented with their awards.

Hair salon franchise RUSH Hair’s Deansgate location, which is in the heart of Manchester’s bustling City Centre, was named as the top scorer in the Health & Beauty category of the Mystery Shopper Awards. The salon was rewarded for its staff’s commitment to providing exceptional customer service alongside its creative hair styling services.

Phil Schulze, Manchester BID Manager, explained why scoring well in the Mystery Shopper Awards is so important to businesses in the city.

>> Read more about: A Franchise to 'Dye' For With Rush Hair & Beauty

As one of the UK’s top three destinations for international and domestic visitors, delivering exceptional levels of customer service across the city centre is paramount.

“These latest results are a real credit to the city centre with over a third of the stores and restaurants surveyed scoring ‘outstanding’ marks of over 90 percent. From popular high street shops and department stores to independent cafes and boutiques, businesses across the board were assessed on a level playing field and we’re delighted to recognise their commitment to delivering excellent customer service.” 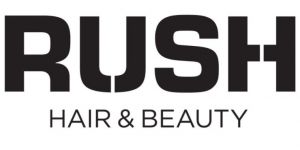 News published on 16/11/2018 16:00
Did you enjoy this article? Please rate this article
Average rating 5.0/5 based on 1 vote
These franchises may interest you

Franchising 101: What is a Multi-Unit Franchise?

The multi-unit franchise model is becoming increasingly popular - but [...]

Top 4 Bar Franchises in the UK

If you’re interested in starting a business in the food and drink [...]

There’s more to market research than typing some generic questions [...]

Sector Spotlight: How to Run an Interior Decorating Franchise From Home

You might think interior decoration is reliant on site visits, sample [...]