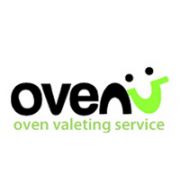 Ovenu is a professional domestic oven cleaning specialists based in the UK and are proud to be the country’s most experienced oven cleaning franchise, with over 100,000 content customers every year.

An Ovenu franchise owner, Richard Greenwood, is celebrating a decade with the business.

As the owner of three branches of the oven cleaning franchise Ovenu, Greenwood has returned more than 25,000 ovens to their original, sparkling condition.

His teams aim to restore 50 ovens a week, spending three to four hours on each job. With a thorough approach, Ovenu professionally cleans the hob and exterior of the oven as well as the interior.

Greenwood said: “I have enjoyed a very successful decade with Ovenu, which would not have been possible without the ongoing, loyal support of my client base. It has been a pleasure to serve the Bradford and wider West Yorkshire area.”

Greenwood took his first steps with the business in 2009, when he opened his first franchise which covered the Bradford and Halifax areas, before launching two more franchises nearby in Leeds and Wakefield.

Greenwood’s journey has not been without obstacles: “It was certainly a risk that has paid off after starting out with Ovenu at the height of the UK’s economic downturn, but those challenging times helped me to shape the business and expand into new territories across the county.”

Ovenu Founder and Managing Director, Rik Hellewell, agreed: “Richard has enjoyed great success over the last ten years which is testament to his work ethic and commitment to Ovenu. He is a perfect example of someone who has established the brand and exported it to other territories, replicating the success achieved in his initial area. I would like to wish him all the very best for the future.”

Greenwood added: “I have met a lot of people over the course of my oven valeting career so far, and made many friends for life over this period, which has made the job even more satisfying. I am looking forward to celebrating further milestones in the future as I continue to grow the business.”

The oven cleaning franchise recently shared the good news that it was [...]

Ovenu Franchisee Comes To The Rescue Of Abandoned And Neglected Cats

News published on 19/01/2018 17:00
Did you enjoy this article? Please rate this article
Average rating 4.0/5 based on 1 vote
These franchises may interest you

Imagine speaking with a local head teacher and offering to install all the lockers they need AT NO COST TO THE SCHOOL. How delighted do you [...]

Centenary Lounge transports you back to the Golden Age of Travel and Glamour, Attracting thousands of customers from all over the country. Join [...]

An innovative shop offering unique truffle products at an affordable price. Great success with over 30 stores opened in less than 2 years.

Street Greek is the UK market leader serving, great tasting Greek street food and is one of London's fastest-growing, unique QSR franchises with [...]