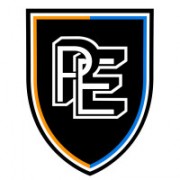 Multiple income streams with all year-round demand. A community based business that inspires the future generation

In a recent blog, the children’s football franchise shared some at-home activity suggestions with parents, designed to encourage and entertain kids across the UK.

In order to support the continued enrichment and physical skill development of every Pro Elite kid, the football franchise recently shared five suggestions for football-style activities to try at home. The first was called Hallway Football, and required “a small football, futsal, or just a small plastic ball, plus masking tape” and “at least two players”. In Hallway Football, two makeshift goals are set up at opposite ends of a hallway, and each player tries to score against the other. Hallway Football is great for “ball control and all-round fitness”.

The second was called the Bouncer Challenge, and required “two footballs”, “another player” and enough space. Here’s how it works - “Start by choosing a dribbler and a bouncer. The goal of the dribbler will be to hang onto the ball (with their feet) and be either shielding the ball or, of course, dribbling. The bouncer’s role is to chase the dribbler around with the second football in hand, and use it to attempt to knock the dribbler’s ball from their feet. Once this has happened, the roles switch!” The Bouncer Challenge is great for “developing agility” and “ball control”.

Thirdly, Pro Elite Football Academy suggested Knee Football, which needs “at least two cones or cone-like objects (for a goal), an open space and more than one player”. It’s basically Hallway Football, other than the fact that it’s played while kneeling, and might be best doing so on softer, carpeted surfaces. Knee Football is great for “ball control, all-round fitness and family bonding”. Fourth came the Gate Race Challenge, which requires “a football, eight cones, a space big enough to run around in, and ideally another person”.

The cones are set up to create four gates, and the first player “begins the game by dribbling through each gate”, receiving a point for each gate entry. While this happens, the second player counts to ten, and when the countdown is complete, they can “chase the dribbling player and try to tackle them”. When they win the ball, it will be their turn to try and collect points by dribbling through the gates, and the first player will do what they just did. First to 20 wins is the overall winner, and the Gate Race Challenge is great for “developing ball dribbling and tackling skills”.

Fifth and finally, Pro Elite Football Academy shared the suggestion that parents introduce their kids to Wall Ball. For a Wall Ball game, all that’s needed is “a football and a flat vertical surface”. You “kick the ball against the wall and work hard to control it before it flies past you”. This simple activity is great for “ball control”. Find out more about franchising with Pro Elite Football Academy via the franchise’s profile page, which you’ll discover linked above. 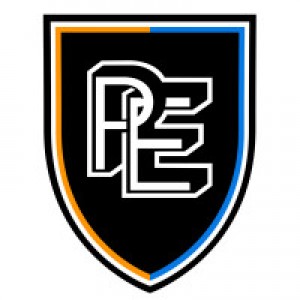 The pre-school football franchise, which was founded in 2016 and has [...]