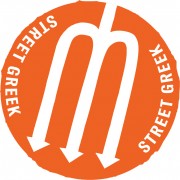 Street Greek is the UK market leader serving, great tasting Greek street food and is one of London's fastest-growing, unique QSR franchises with its authentic ancient values and modern flavours.

The restaurant franchise recently sat down for an interview with Aston Zorro, who launched his Street Greek location at 49 Fulham Broadway on January 16th, 2020.

Aston’s interview with Street Greek was full of fascinating details, and this article is the third of three sharing everything that was discussed in his in-depth interview about the restaurant franchise. Today, you’ll find out all about Aston’s work within the local community, you’ll hear his plans for the future of his Street Greek franchise, and you’ll benefit from plenty of helpful advice.

When asked about his community work, it soon becomes evident that Aston is very committed to working with his local community and fostering strong relationships in this area. He sponsors “a local football team for U14s at Battersea Park” and works with many of Chelsea FC’s “community focused organisations to add value and engage the community”. Most recently, Aston said, “We have scheduled an event with YAA in support of the Grenfell Tower charity, to provide a free food event associated with a football tournament being hosted at Westway Shepherds Bush.”

If Aston could give one piece of valuable advice to new franchisees, it would be this: “Make sure you trust the franchise you’re going into business with. Understand the key players, the culture of the organisation and the true vision they have. Fundamentally, the strength and ability of the franchise will have a massive bearing on your business, so being partners singing from the same page is important.” He believes that a successful franchisee should “follow the rules” and “adhere to the franchise agreement” but “ultimately run your business like what it is, a business”. As Aston put it, you should aim to “be profitable, create a difference to your customers” and “provide security and growth to your staff”.

Looking to the future, Aston said that he wants to be more strategic and put the focus on “equipment, processes and initiatives which are more sustainable and efficient”, something he wishes he’d done differently when he first invested. In 2021, Aston plans to “continue to grow with the brand” and wants to “explore multi-site options and develop a strong customer base” across multiple territories.

If Aston’s franchising journey has inspired you to get involved and make an investment with Street Greek, you can become a franchisee for a minimum initial investment of £120,000, with franchise fees of £15,000 and a total investment cost of £200,000. Find out more about Street Greek via its profile page, which you’ll discover linked above. 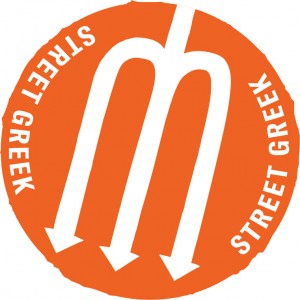 Street Greek featured in an issue of What Franchise magazine

The restaurant franchise was delighted to announce on social media that [...]

The quick service restaurant franchise, which specialises in modern greek [...]