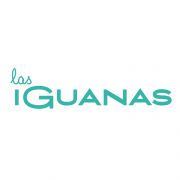 Home to the flavours of Mexico, Brazil and beyond; Las Iguanas is famous for its authentic and fresh South American dishes and range of premium cocktails

Afternoon tea has long been a popular activity for us Brits, but now many restaurants are offering their own international spin on the quintessentially British pastime. Las Iguanas is the latest restaurant franchise to launch its version of afternoon tea, which promises to be nothing like the traditional tea-and-scones treat of years gone by.

The afternoon tea will come with a pot of rum-infused tea and edible Cuban cigars, which are a fun take on one of the countrys most famous exports. The savoury treats will be served up in an authentic cigar box, adding a touch of Latin flavour to the experience.

The cigars can be filled with a variety of delicious meat and cheeses, including a meaty option filled with seasoned pulled pork, Wiltshire ham, creamy Emmental cheese, rich smoked cheese, American mustard and dill pickle relish, as well as a tasty veggie option stuffed with garlic-flavoured mushrooms, smoked cheese, Emmental and mustard.

If youre feeling extra hungry, you can add on a cake stand of sweet treats and savoury tapas for an extra £10. Youll be able to choose from Cauliflower Bites Tacos, Jackfruit Tinga Taco or Chicken Tinga Taco, as well as either Chicken Coxinha or Dadinhos. The sweet treats on offer include Colombian Chocolate Brownie, Tres Leche Cake and Peruvian cookies.

The Latin American afternoon tea will cost just £25 and be available in all of Las Iguanas 56 UK restaurants. Its just the latest innovation from the South American franchise, which offers a varied menu of traditional dishes from across the vibrant continent. Las Iguanas is also known for its fantastic drinks menu, which uses traditional South American spirits to create unique, delicious cocktails that are perfect to drink over a catch-up with friends. 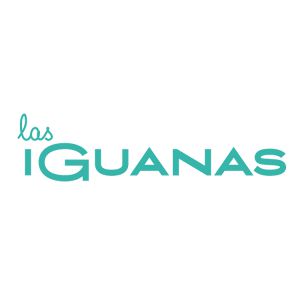 Inspired by the flavours of South America, Las Iguanas is bringing some samba to [...]

Las Iguanas heads to The Lexicon

Las Iguanas will be opening a brand-new location in Bracknell in just a few days [...]

Bracknell will gain a brand new Las Iguanas restaurant, due to open next month. Fans [...]

Las Iguanas rethinks its approach in pursuit of innovation

Las Iguanas aims to invigorate its food offerings without compromising its straightforward [...]

Las Iguanas has launched a range of ready meals to let fans of the restaurant experience [...]