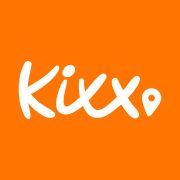 The football franchise was delighted to announce recently that within the first week of 2022, it’s already been able to expand its network substantially.

Kixx went from strength to strength in 2021, and 2022 already looks set to be a success. In fact, the football franchise is confident that this year is going to be its best and biggest yet. First to jump on the Kixx train in 2022 was professional footballer, Joe Wright, and his sister, Ellie Wright. They’ll be officially launching Kixx Reigate and Crawley in March 2022, after they’ve completed all their training and gotten everything up and running.

In the words of Kixx, “26-year-old Joe Wright first started his career at Huddersfield Town and joined Doncaster Rovers in 2016.  Since signing, Joe had been a regular in the Rovers defence every year until the end of last season, where he sustained a serious injury, ruling him out for all of this current campaign. Ellie Wright is no stranger to business having worked with some of the biggest brands in the UK in both Marketing and PR over her successful career. What a dynamic family duo Kixx Reigate & Crawley will have at the helm!”

Also joining the Kixx family over in Coventry is Walsall midfielder and keen entrepreneur, Alfie Bates. Kixx said, “At just 20 years of age, Alfie will be one of our youngest ever Kixx franchisees but there are no doubts that Alfie will become a very successful Kixx franchisee with his inspiring mindset and journey. Alfie [has] now notched up over 60 career appearances for Walsall and has an extremely promising future ahead. We are very excited to be working alongside Alfie in a location that means so much to him.”

Finally, Kixx announced that several existing franchisees would be increasing their levels of investment and opening new Kixx locations. Armed forces veterans Neil and Chris Pope launched Kixx Plymouth in April 2021, and in March 2022, Kixx Exeter will launch and become the second in their portfolio. Joss Labadie of Kixx Newport will also be launching Kixx Redditch in early 2022. Find out more about starting your own journey with this ever-expanding franchise via Kixx’s profile page, linked above.

Kixx reminds readers that anyone can thrive with the football [...]

Joe and his sister, Ellie Wright, will be launching Kixx Reigate, Kixx [...]

After 30 collective years in the armed forces, Neil and Chris now run Kixx [...]