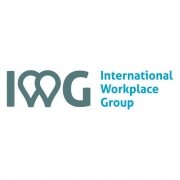 IWG A Major New Investment Opportunity to Franchise With IWG

IWG is the world’s number one provider of flexible workspace, connecting millions of like-minded professionals and enabling them to be more productive. Our customers include some of the world’s most successful entrepreneurs and individuals, and 90% of Fortune 500 companies partner with us.

IWG is looking to scoop up customers from one of its troubled competitors to round off a good year.

B2B franchise IWG has been reflecting on the troubles of its competitors and working out how it can expand tactically to avoid the same fate.

Earlier this year, co-working and serviced office business WeWork faced controversy following its IPO scandal, which saw its CEO step down and more than $37 billion wiped off its value. Other business space operators, like B2B franchise IWG, have been discussing how they can help to move the industry forward following this.

“There is a possibility some WeWork tenants could be concerned about the headlines and worried about potential disruption to their businesses.”

He added that some tenants of WeWork offices may consider moving their teams to buildings run by more experienced office operators, like IWG, in the wake of the controversy.

IWG has been focusing its expansion strategy on the acquisition of smaller co-working firms, such as the Clubhouse, which it purchased last month. The franchise has experienced a 9.4 percent growth in revenue, to £692.3 million, during the third quarter of the year and has reduced its debts by more than £133 million. Dixon also explained that the office space operator is looking to sell off some of its international operations, which will allow it to reduce its debts even further and let it concentrate on its franchising programme across the UK.

Since 1989, IWG has been operating office spaces across the world and now has more than 3,400 sites across 120 countries. More than 2.5 million people occupy its high-quality buildings, which offer spacious, modern bases from which businesses can thrive. If you’re interested in becoming a franchise partner, find out more here. 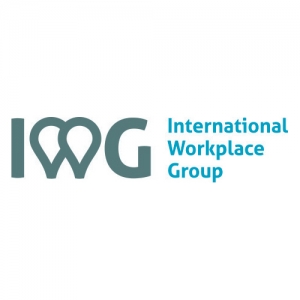 IWG has secured an exciting franchise agreement with AppleOne Properties [...]

IWG has opened its first franchised office in the UK’s capital and will [...]

IWG has bagged itself a shiny, new distribution centre just outside London [...]

Regus has announced that it’s going to be launching a new working space in [...]

Office solutions franchise Regus has announced that it will be [...]

News published on 22/05/2019 16:00
Did you enjoy this article? Please rate this article
Average rating 5.0/5 based on 1 vote
These franchises may interest you

The perfect solution to work-life balance.

Are you looking for a flexible franchise, that can be run either full-time or part-time and started [...]