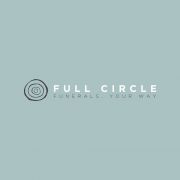 A completely person-centred funeral service that enables people to create funerals that truly reflect the person that has died, and help their family and friends

Full Circles Funeral Partners is the business David Moon chose to join after leaving his job as a music teacher.

After a decade working as a high school teacher in South West London, David is ready to take on a new role as a funeral director in Yorkshire. He’s originally from the region, and recently moved back with his wife and two young children.

As a funeral director, David is looking forward to using his experiences as a music teacher to improve the services he can offer. He’s spent the past decade supporting children to express their emotions through music and has felt privileged to share some of their most significant moments.

David found out about the funeral franchise’s investment opportunity after his sister spotted an advert in the window of one of its branches. He explained,

“My sister knew that the part of my job I enjoyed most was having a positive impact on people’s lives, so, although it might seem like a big change, there are a lot of similarities between the two jobs.”

“If you had told me last year that my next career move would be into the funeral industry, I would not have believed it, but it has turned out to be an incredibly rewarding role that enables me to provide care and support to others.”

Despite coming from a family of nurses, David had some concerns about joining the funeral industry, but found he was equipped to deal with the obstacles he faces:

“I’ve faced challenging situations as a teacher and supported students and families through difficult conversations but I did wonder if I would know the right things to say to people who have been recently bereaved. I now realise it’s all about trusting myself to navigate those conversations and my past experiences in school have proved to be very helpful.”