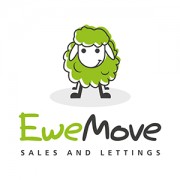 EweMove has been crowned one of the winners at the highly respected EA Masters awards.

EweMove is one of the UKs leading estate agent franchises, so its no surprise that it took home one of the accolades at the EA Masters awards. The awards were set up to recognise the brightest and best in the property world, including those who are selling and letting properties, and those in the industry who work on an advisory basis.

This years awards were held at Battersea Evolution, a highly modern facility in the heart of Battersea Park, on the 10th of October. The glittering evening event welcomed the property industrys most important names from across the country, including EweMove, and saw them battle it out for the crown in their respective categories.

The property franchise took home the title of Best Letting Agent in the National Category, beating competition from a number of household names to secure the title. The welcome win comes as part of a tricky year for the property industry, showing that even during the tougher times for the wider sector, EweMove is able to stand out as one of the best.

Its not the first time that EweMove has been recognised for the quality of its product either. The Sunday Times listed the franchise as its Best Estate Agency Franchise between 2014 and 2016 and it also picked up other titles from the institution, including Best Innovation, Best Property Management, Best Estate Agency, Best Website and Best Agency To Work For. Furthermore, it has also been rated as Excellent on Trust Pilot by its customers.

EweMove is currently on the lookout for new franchisees all across the UK. If you think you could be the ideal candidate to open a new location, find out more about the opportunity here.

EweMoves parent group has announced that profits have risen during the first half [...]