WHO ARE WE? Designing and installing driveways, paths and patios since 1977Daniel Moquet Driveway Designer, is the Number 1 network of Landscaping Contractors specialised in the design & the installation of driveways, paths and patios for homeowners.With more than 230 franchisees in France, Germany, Belgium and in the UK, the network has more than 1000 employees and creates more than 17 000 projects every year.Daniel Moquet offers an innovative concept, in a booming sector and a promising market.

The landscaping franchise has been helping homeowners upgrade their outdoor spaces since 1977. Now, it’s the UK’s number one landscaping contractor specialising in the design and installation of driveways, paths and patios.

Over more than 40 years, the business has been able to expand internationally, establishing Daniel Moquet Driveway Designer branches in locations across Europe. Taking advantage of the franchise model, it’s enlisted the help of ambitious entrepreneurs to quickly grow the brand.

Today, there are more than 230 franchisees managing units in the UK, France, Belgium and Germany. Across this extensive global network, Daniel Moquet Driveway Designer has a team of over 1,000 employees completing more than 17,000 projects per year.

The latest milestone in this thriving franchise’s journey is its acceptance into the British Franchise Association (BFA). There are no specific laws covering the franchise sector, but the BFA is one of the leading regulatory bodies working to promote ethical businesses. In doing so, the organisation can help investors make sensible decisions and put their money into responsible, upstanding franchises.

When would-be franchisees think about the brands they might like to join, many look at sites like the BFA to distinguish the good opportunities from the bad. Becoming a BFA member can have a huge impact on the number of candidates a franchise attracts.

Many big-name brands have secured membership to the BFA, including Clarks, Subway and CeX. Daniel Moquet Driveway Designer will stand side-by-side with these famous franchises and prove its ethical credentials.

The BFA also offers a range of training resources for members to boost their knowledge and expertise. So, Daniel Moquet Driveway Designer will have the chance to take part in the organisation’s masterclasses and seminars too.

To learn more about the franchise and start your franchising journey, follow the link above to its profile page. 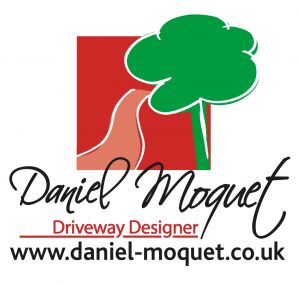 Thinking of investing in a Daniel Moquet franchise? Let’s find out [...]

Daniel Moquet is proud to use a range of robust materials for its [...]

Daniel Moquet's showroom in Reading is welcoming customers to its virtual [...]

Daniel Moquet has redesigned its website for a smoother customer [...]