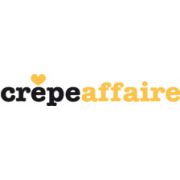 On October 12th, the franchise announced that it intended to open up to 50 more franchised stores across the coming two to three years.

These stores will be opened across the Crepeaffaire and newly launched Crepe & Roll brands, and founder Daniel Spinath reported in a recent statement that the crepe franchise is currently on track to open 10 of these franchised sites in the UK, with a further 10 sites due to open internationally by the end of 2022. According to Daniel, the Crepeaffaire team is “excited about [the franchise’s] growth prospects with existing and new partners”.

Daniel further explained that, “The brand’s sweet and savoury crepe menu is highly relevant and versatile, with delicious and wholesome meal and snack options – including vegan choices – attracting an all-day following. Combined with our top-notch coffees and juices, Crepeaffaire offers a mouthwatering and popular product range that appeals to an ever-growing fan base, from eight to 88.”

Marking “the start of a string of new partnerships”, the Crepeaffaire store in Luton Airport has been reopened in conjunction with The Restaurant Group. Plus, the first Crepeaffaire unit in Oxford Summertown is set to open this month alongside “a major new hotel development”, and the franchise’s Saudi partners “have successfully opened five new Crepeaffaire units over the last 12 months, and are now on track to open an additional eight units” by the third quarter of 2022.

In Daniel’s words, “We are thrilled to be receiving huge levels of interest and are now working on exciting new projects in Europe and other territories, including the roll-out of our low footprint/low capex brand Crepe & Roll. The Group’s franchise expansion in the UK is a key priority.” Find out more about getting involved with this prioritised expansion via Crepeaffaire’s profile page, which you’ll discover linked above.

The franchise, a purveyor of freshly baked savoury and sweet crepes, has [...]

Crepeaffaire gets ready for take off

Crepeaffaire has signed a new deal with a master franchise that will see [...]

CrêpeAffaire looks into the best way to bring its tasty crepes to the [...]

As one of the UK’s leading creperie franchises has sights on expansion, [...]