Choice Hotels Shoots For The Stars 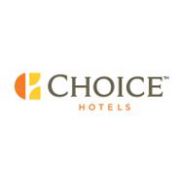 Choice Hotels You Always Have A Choice

When it comes to lodging & accommodations, our name is one of the very first things that comes to the mind of a traveller.

In 2018 the International hotel franchise, Choice Hotels will focus on the upscale market.

After a successful and highly profitable quarter 4 in 2017, Choice Hotels not only nailed its projections, it realised it could aim even higher and shoot for the stars. With its highly profitable quarter, record occupancy levels and generous tax reforms, the International hotel franchise has every reason to celebrate and go forward with its business diversification plans. President and chief executive officer of Choice Hotels International, Pat Pacious said: “Last year we increased our pipeline of new hotel franchises, we increased the percentage of Choice proprietary revenue to our hotels, and this allowed us to increase the pricing of our franchise agreements. We also invested in our future by acquiring a growing brand, WoodSpring Suites… and reinvesting in our technology infrastructure.”

Choice Hotels reported an income of $46.7 million before taxes, a 7-percent upsurge from the same period in 2016, with an additional increase of 14% in revenues from the three months ending December 2017. The International hotel franchise saw a 2.2% increase in its domestic system-wide revenue per available room, with a number of domestic franchise hotels boasting a 2.6% hike from December 2016 to December 2017. With the launch of its new global reservations system – choiceEDGE - Choice Hotels remains in the forefront of the latest technology. Mr. Pacious added:

“ChoiceEDGE is the first new global reservations system from a hotel company in over 30 years. We take pride in that we currently have the newest and most technically-advanced platform in the lodging industry.”

Choice Hotels aim is to target the upscale market for growth that will result in upper upscale and upscale extended stay opportunities. “These are the current gaps in our portfolio. We are seeing a lot of progress with regards to Cambria and the Ascend Collection on that front.” Pacious added. As part of its business diversification strategy, the International hotel franchise group is investing more in revenue management systems across its portfolio, focussing on its Comfort brand.

“The things that could exceed or come in at the top of our [RevPAR guidance] come down to the tools we are putting in place. With Comfort we see it takes about six months for [these hotels] to see benefits… so as more of these hotels come online, we see more potential on that side.” Mr. Pacious concluded.

Choice Hotels is giving its Choice Privilege members the chance to earn a [...]

The acquisition of four more properties is part of the UK’s expansion [...]

Choice Hotels International adds WoodSpring Suites to their portfolio of [...]

Ovenclean, part of Franchise Brands plc, is the UK's original oven cleaning specialist with a large network of established franchisees and the [...]

Plantation Shutters Company is a premier Shutter company focusing on the supply and installation of the very best quality hardwood shutters for [...]

As fitness industry innovators, Snap Fitness is is pushing boundaries of what we expect a fitness company to do. As a Franchisor we offer [...]

CAVAVIN allows its franchisees to succeed in selling wines & spirits through its differentiating concept and to select the assortment of their [...]