Century 21 announced the winners of its hotly contested Relentless Agent Awards to celebrate those with a knack for closing the deal.

Century 21 revealed the top performers of the quarter by announcing the winners of its Relentless Agent Awards. The awards were set up to recognise the most committed sales professionals in the property franchises US network, which has more than 52,000 employees.

Winners of the quarterly award are honoured based on their continued delivery of an exceptional real estate experience to every single one of their clients and are decided through customer ratings and testimonials. The winners of the awards arent necessarily those who have the highest figures, but who have the best satisfaction from people theyve helped to purchase a home, investment or business premises.

The lucky five of this quarter were Jacob Brown of Corpus Christi, Texas; Mireya Chavarria of San Dimas, California; Greg Hudgins of Arlington, Virginia; Christine Jones of Petaluma, California; and John Wallace of Bangor, California. Each of the winners will receive an all-expenses paid trip to Minneapolis to watch the NCAA Mens Division 1 Basketball Tournament Final Four as a big thank you for the commitment theyve shown to their clients. Theyll also get to take home a Da Vinci-inspired trophy as a permanent reminder of the honour.

Century 21 boats more than 9,700 branches spanning 82 countries across the globe and inspires each of its locations to deliver exceptional real estate services, whatever their customers needs may be.

"It never ceases to amaze me how many relentless real estate professionals we have in the Century 21 System. It's a pleasure to honour five new outstanding agents for their services to their communities, unyielding ability to go beyond the expected role of a realtor and deliver exceptional real estate service." 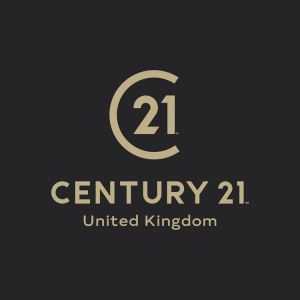 Century 21 has established a partnership with Kyle Seyboth, known as Americas top [...]

Two Century 21-affiliated estate agents have revealed how the COVID-19 virus has [...]

Century 21s New Zealand network has dished out prizes for franchisees who have performed [...]

A US branch of Century 21 has kindly donated a large sum to non-profit organisation [...]

News published on 11/04/2020 16:00
Did you enjoy this article? Please rate this article
Average rating 5/5 based on 1 vote(s)
These articles may interest you