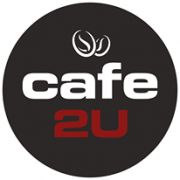 The coffee van chain wants to bring the American snack into the UK mainstream - especially since there’s nothing tastier, in Cafe2U’s books, than s’more flavoured coffee.

In the words of Cafe2U, “Every year [...], we introduce a special, limited edition item to our drinks menu to help get the nation in the mood for bonfire night – s'mores flavoured coffee. Despite their enduring popularity in America, s'mores are a bit of an unknown quantity in the UK, with most people having heard of them but relatively few people ever eating them.” In a bid to change this, the coffee van franchise is sharing the s’mores love and offering its customers an irresistible recipe.

In case you don’t know, “S'mores are a sweet, chewy Stateside snack that have been around since the 1920s and consist of one or more toasted marshmallows and a layer of chocolate sandwiched between two graham crackers (American digestive biscuits). The tasty treat became popular thanks to American scout groups, who were among the first to experiment with cooking the marshmallows over a campfire instead of in a kitchen. The name s'mores is a contraction of the phrase 'some more', in reference to most people's inability to only eat one at a time. As in: ‘Can I have some more?’” To make eight s’mores of your own, you’ll need:

For campfire cooking, “place a marshmallow on a wooden or metal skewer and hold it over the fire, rotating frequently, until it is golden brown and the inside is gooey”. Then, assemble your s’more: “Put one biscuit on a flat surface with a chunk of chocolate on top, then add the cooked marshmallow, another chunk of chocolate, and top it all off with another biscuit. Eat it sandwich style for maximum enjoyment!”

For cooking at home, you can assemble your s’more ahead of time (with an uncooked mallow in the centre) and then “wrap the whole thing tightly in tin foil and place [it] in an oven preheated to 180 degrees for two minutes, until the marshmallow and chocolate begin to melt”. It’s that simple – and as tasty as it sounds. If you’re interested in franchising with this creative, customer-focused coffee company, you can find out more about Cafe2U via its profile page, which you’ll discover linked above.

In a recent blog post, the coffee van franchise shared eight of its [...]

The mobile coffee franchise recently shared a new blog to its website, [...]