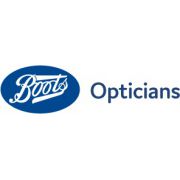 The largest and most established retail optical franchise in the UK.

Boots Opticians in Hartlepool offered its support to a local hospice’s team in the Great North Run.

A team sponsored by the local Boots Opticians raised more than £25,000 for Hartlepool hospice Alice House when it tackled the famous Great North Run.

A team of 60 runners took on the course to raise money for the hospice, which provides vital care for those with life limiting illnesses. They were sponsored by Hartlepool’s Boots Opticians, which ran fundraising events in store to raise as much money as possible through donations from customers and staff, as well as paying for each runner’s branded running shirt.

Emma Roberts from Boots Opticians said the team was incredibly pleased to be able to support such a worthy cause.
“We were delighted to support the Great North Run team and most vitally to play a part in providing care for local hospice patients. It is fantastic to have the opportunity to work with such a fantastic local cause.”

Its sister branch Boots Chemist also lent its support to the team, continuing the fundraising efforts over in its store.

Greg Hildreth, who works at Alice House as a fundraiser, thanked the team’s generous sponsors.
“This was another great day and I would like to say a big thank you to all who took part or supported in any way. Special thanks to go to Boots and Boots Opticians for such great generosity.”

With more than 167 franchised sites across the UK, and around 620 sites in total, Boots Opticians is one of the largest providers of eye care in the country. It offers a wide range of glasses, including stylish designer frames for both men and women and practical, inexpensive options for those on a budget, as well making all of its lenses scratch resistant to reduce chances of damage.

Boots Opticians has unveiled a new campaign that aims to make people look [...]

Boots Opticians returns to its roots

Boots Opticians in Truro won a national award for its success in the [...]

PGH Beegone is the only pest control franchise to include live bee removal meaning our franchisees can earn serious money while also helping the [...]

Fantastic Services is one of the fastest growing companies in the UK. We are a leading provider of home, office, outdoor and maintenance [...]

Our franchise has a strong earning potential but also helps to reduce our client’s impact on the environment.

CAHEM is a unique virtual reality (VR) leisure park concept that allows customers to immerse themselves in a virtual world of fun.