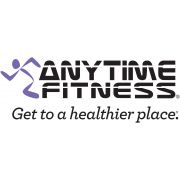 Anytime Fitness in Oxford is letting its users watch their favourite streamed shows while they get their sweat on.

Lots of us struggle with finding the motivation to work out, as there are so many tempting things to watch that keep us away from the gym. However, a brand-new branch of Anytime Fitness in Oxford has just opened, and its high-tech equipment promises to stop those temptations getting in the way.

More than 450 people have signed up to the gym already and it hopes to attract new members with its innovative fitness equipment. Cardio machines including treadmills can be paired with phones and other devices so that users can watch their favourite TV programmes and YouTube videos, and even stream movies while they work on their fitness.

The brand-new gym opened its doors in September and the occasion was marked by Headington councillor Roz Smith and deputy lord mayor Altaf Khan, who both cut the ribbon to declare the facility officially open.

Speaking about the opening, Ashley Towne, the club manager, said:

"It was a really good start. We have been rushed off our feet – it's insane how well it’s taken off. The class timetable will be made very soon. In terms of equipment, anything you can do from home, you can do on the treadmill, even watch Netflix."

This new club is just one of the gyms that are being opened as part of the fitness franchise’s ambitious expansion plan. It hopes to increase its UK presence over the coming months and years and establish itself as one of the biggest brands in the country.

If you feel that you’d be an excellent addition to the Anytime Fitness franchise network, it’s currently on the lookout for new individuals to join the family.

Anytime Fitness has rolled out its search across the Philippines for a [...]

Anytime Fitness is celebrating hitting a landmark number of locations in [...]

Anytime Fitness looks back on 16 years of fitness after it passes the one [...]

Anytime Fitness has just opened its 150th club in the UK as part of its [...]