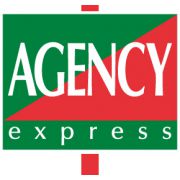 Despite having built a successful career in the catering world, Steve longed to be his own boss. In 2016, the trained chef decided to look to the world of franchising for his next challenge.

Steve decided to visit the 2016 National Franchise Exhibition in Birmingham, where he came across Agency Express. He said:

“The National Franchise Exhibition was the perfect place to begin my research. When I entered the exhibition, I didn’t have predetermined idea of what business I wanted, or what industry I wanted to operate in. Agency Express was among the first few franchises that I came across. Running a van-based business and erecting estate agency boards was something I had never considered but I immediately took to the idea of running a van-based franchise.”

“Coming away from the exhibition I had a clearer picture of what I wanted in a business. I knew that I wanted a simple to operate, task orientated franchise and I wanted the reassurance of ongoing support so that I could focus on the day-to-day demands. Agency Express offered excellent ongoing support with business development, accounts and credit control, so that especially appealed to me.”

After powering through a comprehensive training course, Steve opened for business at the start of 2017. He revealed how his franchisor’s support and help made the launch a breeze.

“The training and assisted business launch was very thorough and gave me the best start, but it’s the ongoing support from head office and other franchisees which is so fantastic. I felt supported every step of the way and that’s the advantage of being part of a franchise rather than going it alone.”

Three years later, Steve has established a solid customer base and is making a fantastic income doing something he enjoys. Reflecting on his franchise journey so far, Steve said:

“Building my business was slow to begin with, but the upside of gradually building the business is that I’ve had the chance to adapt the way I work whilst getting progressively busier. I’m really happy that I made the decision to buy a franchise business. Agency Express is a great franchise to work with and you couldn't ask for more support.”

Agency Express outlined the benefits of its unique opportunity and offered [...]