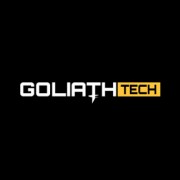 The Pillars of your Projects Goliathtech

GoliathTech Inc. is a manufacturer and leader in the engineering, design, manufacture, and distribution of helical (screw) pile foundations. Implementation of their products extends to the field of construction via home foundations, underpinning (foundation repair,) signage, decks, railway infrastructure, agricultural infrastructure, solar and so on. Our franchisees benefit from unequalled quality products and services

Made from galvanized steel, GoliathTech’s helical piles deeply penetrate the ground guaranteeing a solid foundation. Helical piles are faster to install and have an extremely high bearing capacity. Their piles are drilled into the ground and will not destroy the land around your project as there is no excavation required. Made of fully galvanized 60Ksi steel, the tubes and helices are protected against physical deterioration. Furthermore, to prevent the cold weather heaving, they are fill with polyurethane. GoliathTech uses high-quality recycled steel in its fabrication. This conserves natural resources and energy and reduces the overall carbon footprint.

Low investment and no royalties.

Franchisees must have business management experience. Must also have the financial capacity to cover initial franchise fee (£49,500), purchase the starter-kit (+- £15,000) as well as, a mini-excavator or skid steer, a pick-up truck or box van and a trailer.

They must also be able to cover the cost of their first 2 or 3 orders. No large inventory is required, and this business can be run with minimal office space, in some case home offices. The franchisee is considered open for business when he has met the following:

What experience do your franchisees need? Businessman who is willing to open a substantial size company, franchisees must have business management experience.

GoliathTech was born out of a 2004-founded company – Les Pieux Goliath, which operated exclusively in a small town in Quebec, Canada – when purchased by Julian Reusing in 2013, Julian converted the company into a global franchise model.

GoliathTech is still today headquartered in Quebec, Canada, and now has over 187 open franchise units globally. GoliathTech is a leader in the engineering, design, manufacture, and distribution of helical piles. Implementation of our products extends to the field of construction via home foundations, underpinning (foundation repair,) signage, decks, railway infrastructure, agricultural infrastructure, solar and so on.

Now in 2021 they opened new Caribbean locations covering 3 countries there. Currently they are at an exponential rate operating now over 187 franchises territories and are opening 1-3 new franchises every month somewhere globally.

By 2022 they will move into their new 11,185 square meter factory that is currently under construction.

The construction franchise, which specialises in engineering, design, manufacturing and distribution, has joined the Point Franchise [...]