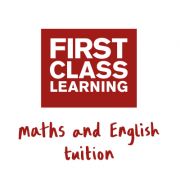 What is First Class Learning?

First Class Learning offers personalised learning in maths and English for children of all ages and abilities. As a First Class Learning franchise, you will help children to overcome obstacles in maths and English and reach their potential. With the requirements of the National Curriculum becoming more stringent and schools struggling with diminishing resources, many more parents are looking for opportunities for their children to get specialist support in their education.

As a First Class Learning franchise owner, you can enjoy complete flexibility as to where and when you run your classes. With different ways to set up and run your centre, you can work around your personal circumstances and First Class Learning's business model means that you'll get a high percentage of profits.

First Class Learning initially provides an intensive two day training course. Following this, you will have access to the 'operations manual', an extensive bank of resources to help you open and run a centre. You will also be provided with tried and tested study materials available in print and on demand through a simple ordering system and a full range of marketing materials created to help you promote your business.

For your first few months, you will also have access to a mentoring programme, connecting you with an experienced centre manager. You will also have your own dedicated online space to post your centre's news, activities and achievements. As a First Class Learning franchisee you'll be joining a respected and nationally recognised brand, which means that customers will recognise that your centre offers them the best value for money in your area.

What are the requirements?

Since its beginning in 2003, First Class Learning has been dedicated to developing key skills in maths and English, building long-lasting confidence and supporting learners. They now have over 250 tuition centres throughout the UK and have also expanded into Ireland, Spain, Australia and the Netherlands. Each centre is managed by an independent franchisee using exclusively designed programmes in maths and English.

Redundancy is never nice, and often leaves people with a bitter taste in their mouth. This was the case for First Class Learning franchisee Adrian Preston; however, Adrian turned his misfortune into a positive and transformed his life by starting his own business teaching children English and Maths.

Adrian, 50 years old and a father of seven, who runs the Stafford North First Class Learning franchise, explains: “After graduating in maths and computing, I spent the next three decades working in manufacturing; specifically supply chain where I worked my way up from an expediter to supply chain director. I have worked in the automotive, aerospace, medical products, and construction equipment industries across the UK and Germany. So, it was all going rather well and then out of the blue, I was made redundant! Life-changing, stressful stuff but in fact it gave me the opportunity to change direction in a positive way.”

“The redundancy was a huge factor in re-evaluating my life, but also the life of a supply chain director can be measured in the number of daily disasters, so I'd be mulling over a change with lower stress-levels for quite some time. Quite a few years ago, my older children took part in tutoring classes and after many years of sitting in the car park, waiting for them, I did some sums and sowed the seed in my mind. I started tutoring my four older children for 11+ entrance exams and then progressed to tutoring the children of friends and family. I found that not only was I good at tutoring but it’s also highly enjoyable and rewarding. I started to look at the possibility of starting my own business and looked into the different options available. I came quite close to signing up with one of FCL’s competitors, but I wasn’t convinced by its tutoring model. Then I came across FCL and it instantly felt right. I spoke with all the head office people, met with several existing franchisees, viewed the material which is UK National Curriculum relevant, and it all felt good!”

“After the roles I've had of being responsible for keeping major car or digger plants operating; making decisions every day that could save or cost millions or "stop that line", I wanted a job where I could make my own decisions and control my own destiny but with an already proven business model providing for me. I looked at many, many different franchises from coffee to fast food and a bunch of things in the middle. What FCL gives me is brilliant and the financial balance was good for me in terms of investment versus ongoing franchise costs.”

“I have been running my Stafford North franchise since June 2018, and so far, things are going really well. I have two classes per week on a Friday afternoon and Saturday morning, both have 17 students each but some double up with maths and English, so I teach around 50 subjects a week. Covid-19 brought some significant challenges, but I temporarily moved online, with the help of the head office team, and kept the business going. Now that we’re back in the classroom, I have a couple of sixth form students who are local, working with me, which helps spread the load. In terms of the "in the classroom" - I have an absolute blast; sure, there's some level of frustration with students sometimes but I've had some really big winners in my brief time with FCL - too early to say now but I don't feel I'm being dramatic when I say possibly life changing for those children. I also have excellent reviews online which is nice, being a FCL franchisee really is very rewarding as you can make a real difference to children’s lives.”

Adrian adds: “My vision is to get my numbers up whereby it becomes viable to have a permanent, very visible, very accessible, centre in Stafford and then I want to replicate this across nearby areas. I'd love to be in a position where I can offer parents the lowest tutoring cost in the land - that's my real vision - children should not be left to stress and not cope with the essentials of Maths and English and I know with FCL, I can fix the problem for many children.”

First Class Learning is a highly successful education franchise specialising in English and Maths. It is currently the UK’s fastest growing tuition business with 300 franchisee run centres nationwide. First Class Learning is a tuition business, but what it is really offering is success; to students, parents and franchisees. Its success is built on investment in people, with the franchise built on the mantra that no child deserves to be left behind.

First Class Learning has low start-up costs, with investment levels varying depending on where a centre is situated. Initial costs cover training, website set-up and access to the Centre Managers Portal, marketing and business support, an Accelerator Launch Package worth c.£2,000 and exclusive rights to operate an FCL Centre and use the FCL brand in your territory. Furthermore, FCL offers an 100% franchise fee discount in month one, then a 50% discount for a further three months.

After being made redundant suddenly from his job in 2018, Adrian became a franchisee for the Stafford North branch of First Class [...]

First Class Learning has announced it will add to its 300-strong network of franchise branches with additional units to cater for increased [...]

First Class Learning’s CEO says the franchise is preparing for a wave of new students following the COVID-19 crisis. Ed Hyslop explained how [...]

First Class Learning has been sharing how those looking to become their own boss can overcome fear with its franchise opportunity. According to [...]

First Class Learning is welcoming more franchisees at a faster rate than any of the UK’s other tuition franchisees, but it’s not done yet [...]