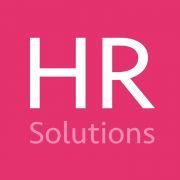 HR Solutions Take the stress out of HR

HR Solutions’ outsourced HR support helps take the stress out of managing a workforce, and expert employee related advice ensures that a business can be continually confident of meeting their legal requirements as an employer.

When is a disciplinary hearing the right course of action?

A lot of resource goes into a disciplinary hearing, so make sure that this is the appropriate route to follow by considering the following factors:

How do you address the allegations to the employee?

Did you enjoy this article? Please rate this article
Average rating 4.7/5 based on 3 votes

The comment will be public. If your are interested by this Expert, please fill out your personnal details on the request information form.