Interest rates affect all of us at some point, whether we’re choosing a savings account, leasing a car, taking out a mortgage or organising a business loan. But what are they and how do they work? Here, we look in more detail at interest rates and their place in the economic landscape. 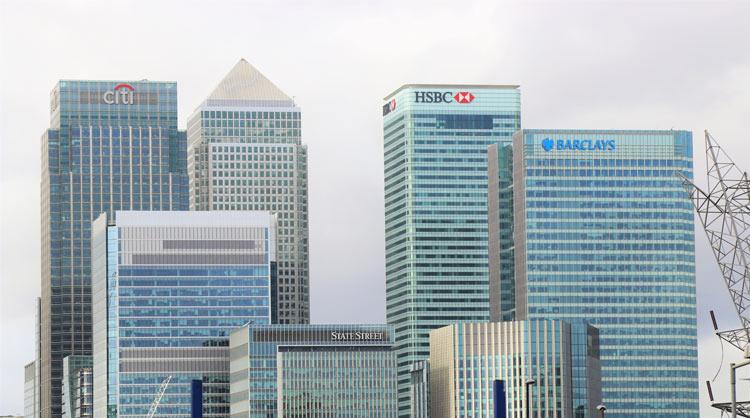 First of all, let’s establish what interest is. Well, put simply, it’s the amount a lender charges on top of the price of the loan in order to take out that loan, or the amount of money a bank will give people who deposit their money in one of their bank accounts.

Loans comprise of two payments; principal (the loan amount) and interest (the amount you are charged on top). The interest is usually expressed as a percentage of the principal, so the higher the percentage, the more money you will pay in interest.

How does it work?

If you take out a loan with a bank, the bank will look at the total loan amount and work out how much interest you have to pay. If you use a credit card, the process is the same; you pay back a predetermined percentage of the total amount you have borrowed.

Fixed interest rates, on the other hand, stay the same for the duration of the loan. As a result, you will pay a lower percentage of your loan in the early stages of the repayment period compared to later on, when you will still be paying the same amount of interest despite having a relatively small level of debt. Also, the fact that the regular payment amount is fixed means that if you want to use some of your savings to pay off a share of your mortgage on top of your regular payments, your payment will only go towards the principal. This may not be the case with a variable rate loan, as some banks introduce penalties for early repayment. The specifics of interest payments differ greatly, not only between banks but between individual loans themselves, so it is impossible to make generalised statements about interest rates. However, most mortgages incur fixed interest rates in some form.

You should also find out whether a lender will charge you simple or compound interest. While simple interest charges interest on the original loan amount, compound interest builds over time by taking into account the accumulated interest amounts. In the first year, interest is calculated on the original loan. The next year, interest is calculated based on the previous year’s loan and the previous year’s interest, and so on. This means that the payment amount rises over time if the borrower has invested in something that they won’t pay off until years later.

Your interest rate will depend not only on whether it is variable or fixed and simple or compound, but also on how risky the lender deems you to be. To determine this, they will look at your credit score. If you have a high score, they will be more likely to give you a lower interest rate than if you have a low score, which indicates that you may not pay back the entire loan amount.

Other Things to Consider

If you borrow money, you should be sure to pay off the interest in full each month even if you can’t afford to make your regular payment. If you don’t, your total debt amount is likely to increase again.

Remember that while banks charge interest on loans they give out, they also reward people who use the bank to deposit their money with interest. If a bank advertises a high interest rate for one of their accounts, consumers will be more likely to choose to open that account over other accounts with other banks. However, the interest percentage given to ‘depositors’ is less than the interest percentage lenders are charged, in order to ensure that banks make a profit.

APR stands for ‘annual percentage rate’ and denotes the total amount of money the lender will spend throughout the repayment period (according to simple interest). While the interest rate simply reveals the monthly repayment rate, the APR takes the interest amount and adds one-time fees (called ‘points’) and other costs, such as broker or closing fees. This figure is then expressed as a percentage of the loan amount. Different borrowing options have different associated costs, so the APR can be incredibly helpful when it comes to comparing your options and finding the most affordable loan for you.

However, you should bear in mind that, if you’re taking out a mortgage, you may not stay in the house you buy for the entire loan period. Therefore, you should also calculate your ‘break-even point’, after which you can comfortably move and take out another mortgage.

The prime rate fluctuates over time, affecting and being affected by the economy. When interest rates are high, people tend to take advantage of them by putting their money into savings accounts rather than taking out loans and being forced to make large repayments. When interest rates are low, people take their money out of their savings accounts and put it into assets such as property. As a result, stock prices rise and businesses expand. If interest rates dip too low, however, demand becomes too high and inflation occurs.