The development and adoption of green technology is potentially the most critical challenge facing the human race today. To limit our impact on the natural environment, it’s necessary to begin investing in green technology on a large scale. Here, we take a look at the history of green tech, why it’s beneficial, and how you can contribute to the sector. 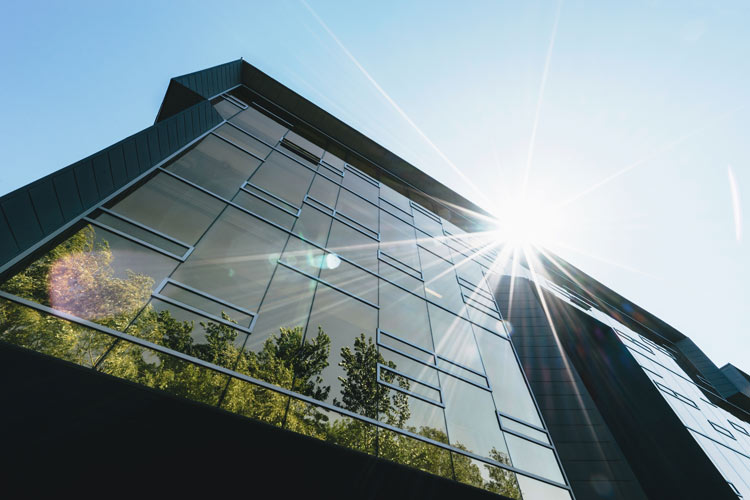 What is green technology?

Green technology is a relatively vague term that encompasses a wide range of technologies that are continually evolving and developing. Typically, it’s used to refer to technology that is designed to mitigate or reverse the adverse effects humans have on their immediate environment and the planet as a whole.

Technology can be green in numerous different ways and there is no universal definition of what standards the technology has to meet to be considered green. The green sector is informed by various concepts and aims to meet a diverse array of goals. These include the sustainability of natural resources, an end to waste and an increase in re-use and recycling, limiting pollutants and other harmful substances, and the creation of economic and social alternatives to environmentally damaging practices and structures.

As the industrial revolution began to result in the mechanisation of society, our ability to damage the environment grew. The machines that powered these huge social and economic changes required vast amounts of energy, which could only be provided by extracting enormous quantities of natural resources (predominately fossil fuels) from the earth. This process of extraction was facilitated and improved through the use of increasingly complex machinery that also depended on large fuel supplies. This resulted in the spiralling growth of resource extraction and consumption, a process, which exploited and devastated natural habitats and also produced highly damaging pollutants.

In one form or another, proponents of green technology have existed since the start of the industrial revolution. However, the modern green tech movement has its origins in the middle of the 20th Century. This is primarily due to two main factors. First, our scientific understanding of the damage we were doing to environment improved. Second, the importance of fossil fuels to the global economy resulted in a number of energy crises. As major economies realised that they were heavily reliant on energy exports from other nations, an economic rationale for developing green tech emerged to complement the environmental argument.

Green technology and its benefits

The principal benefit (and aim) of green technology is reducing the negative impact human beings have on their environment. The widespread use of fossil fuels is now scientifically proven to result in man-made climate change, which could alter our environment to such a degree that large swathes of the globe become uninhabitable, prone to natural disasters, or unable to sustain the population that currently resides there. This danger is so severe that modern scientists are warning of a challenge to human civilisation like no other and that it has the potential to alter life on this planet as we know it.

Green technology benefits humans in their struggle against this change by encouraging greater recycling, facilitating the purification and cleansing of water, reducing pollutants in the air, decreasing the amount of non-renewable energy required by society, and repairing natural ecosystems.

Currently, the green technology sector is a remarkably important growth area in both an economic and an environmental sense. It’s essential in an environmental sense because it provides us with the best means possible of halting and reversing man-made climate change. Economically, it’s a significant growth area due to the vast sums of money invested in the sector and the resulting economic stimulus. Large-scale investment results in more jobs, higher production, and a healthier economy.

On a global scale, investors have contributed approximately $279.8 billion (USD) towards clean energy technology over the last year. This figure has stayed relatively stable since 2011. In 2017 alone, the renewable energy sector created 500,000 new jobs, bringing the total employed by green technology to over 10 million for the first time in human history. However, more than 70% of these jobs are limited to just six countries. This is both a good thing and a bad thing. On the one hand, it means that only a small percentage of countries are fully embracing the green revolution. On the other, it means that there’s still considerable scope for growth.

Investors can put their money into the green sector in the same way that they would invest in any other industry. It’s possible to buy shares in a green tech company, support a green business by buying its products or using its services, or crowdfund a new business idea. However, if you want to make a long-term contribution to the green sector, while also developing your career prospects, you may want to consider starting your own green sector franchise.

What are green technology jobs?

There are numerous franchising opportunities in the green sector and new business opportunities are arising on a regular basis. Whether it’s selling and installing solar panels with SolarPanels4-U, manufacturing sustainable ventilation with Envirovent, or providing energy-efficient equipment to homeowners and businesses with Green Square, you'll find there's plenty of ways to involve yourself with the green revolution. These business opportunities are also proving increasingly popular due to the way in which the UK government has set a renewable energy target that has provided additional stimulus to the UK green sector. In fact, there's never been a better time to invest in green technology.