Cooperatives are just one of many business models currently in use around the globe. However, not many people understand how this type of organisation operates. Here, we provide an in-depth explanation of how cooperatives function and why they’re a popular business structure. 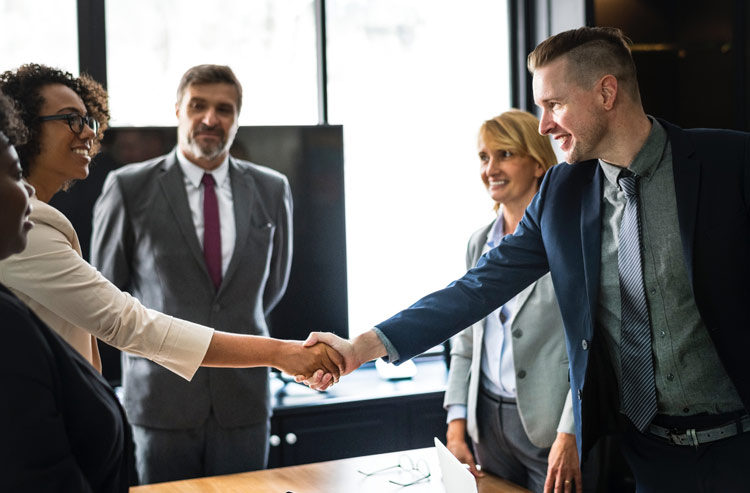 A cooperative is an organisation made up of a number of individuals, all of whom co-operate to meet shared economic, cultural, or social needs. They do this via an ownership and organisational structure that generally gives each individual an equal say in how the business operates.

A cooperative is also a distinct legal entity that is owned and controlled by its members. Typically, members of a cooperative are somehow linked to the business, either as producers, consumers, or workers.

There are also many types of cooperatives that aren’t technically businesses but may have commercial interests. This includes housing cooperatives and non-monetary cooperatives, to name just a few.

The historical origins of the cooperative movement

Today’s cooperatives have a long and complicated history that dates back to the 18th Century. The cooperative philosophy is inextricably linked with the development of democracy and many believers in the cooperative cause would argue that the cooperative movement is an attempt to develop a type of economic democracy that operates alongside our political democracy.

In the UK, the cooperative movement was born out of the industrial revolution, the development of modern systems of commerce, and the growth of the poor, urban, working class. Originally known as ‘Friendly Societies,’ cooperatives were set up throughout the 19th Century as a means of facilitating mutual aid and self-help amongst the poorer in society.

By the end of the century, they were the dominant form of workers’ self-organisation and were very much a precursor to the more modern trade union. Approximately 80% of working men in the UK were a member of a Friendly Society.

Though they no longer play such a central role in UK economic organisation, the movement has been revitalised by its association with workers’ appropriation of capital in countries like Argentina and Venezuela.

How cooperatives differ from other businesses

Cooperatives differ from other business models in three principal ways.

1. Control
Most other business models put control of an enterprise into a small number of individuals’ hands. This may be a single person, a board of directors, or a group of partners. While shareholders can vote on some issues, their power over the business is minimal. On the other hand, cooperatives typically give their members one-person, one-vote power to decide the future direction of the business.

2. Ownership
With cooperatives, ownership is restricted to members of the cooperative. What constitutes a member will vary depending on the specifics of the business, but it usually involves being an employee, producer or consumer of the business' goods. With other business models, anyone can buy stock or shares in a company, including those who may not have its best interests at heart. Similarly, privately owned businesses are set up according to an extremely hierarchical structure, with just one or two individuals owing the entire business.

3. The profit logic
Finally, most other business models prioritise profit above all else. When it comes down to it, profit is what determines whether they are successful and a business' primary motivation is to increase their profit margin. With cooperatives, this isn't typically the case. Though some cooperatives are profit-driven (many are not-for-profit), they have often been set up with other goals in mind, too. For instance, they may have been established to provide a local community with a particular service or to drive down the cost of a specific important good. In other words, they are often more interested in the welfare of their members and the local community than they are with making as much money as possible.

Why cooperatives are successful

Cooperatives boast many advantages over other types of enterprise. First and foremost, due to the fact they're founded on the principle of cooperation, they're able to unify their members and employees in ways that other business can't. This is because cooperatives encourage the implementation of democracy in the workplace, giving members control of the one place that they spend the majority of their time.

Second, cooperatives are far more stable than other types of business. Publically traded companies are three times as likely to fail as cooperatives and far more privately owned start-ups fail in the first year than cooperatives. This can be attributed to the way in which cooperatives aren’t so focused on profitability, giving them greater flexibility when business isn’t going so well, or there is an economic downturn. The fact that employees who have an ownership share in a business are likely to be far more committed to guaranteeing its future could also be a factor.

Even though 90% of cooperatives are still operating successfully after five years of business, there’s always the possibility that they’ll fail. Generally, they do so because of one of three reasons;

1. Lack of community support
One of the key strengths of cooperatives is that they bring individuals together to form an influential collective. If a cooperative is unable to generate support and enthusiasm amongst its local community or members, it will struggle to succeed.

2. Lack of purpose
Like all organisations, cooperatives require individuals to work towards a shared goal. If the purpose of working together isn’t clearly defined, the cooperative will flounder.

3. A poorly designed governance structure
Finally, a democratic organisation depends on a structure that facilitates effective, democratic decision-making. If members feel disaffected or alienated from the decision-making process, the cooperative will not thrive.