Women In Franchising: Stats and Insights About a Rapidly Changing Industry 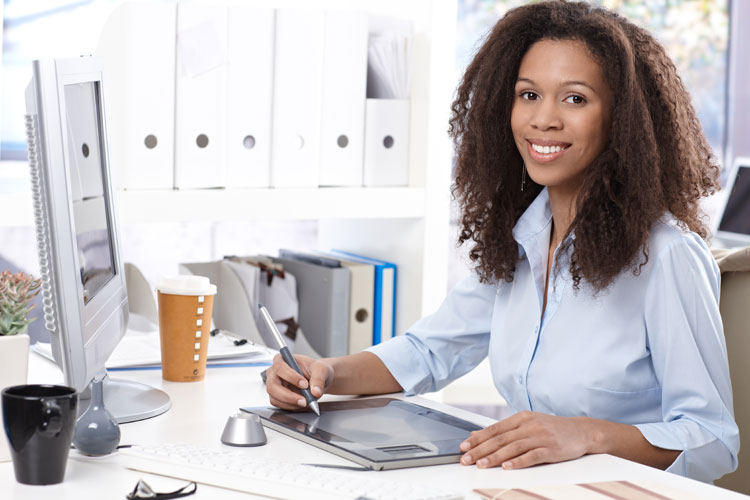 Female-run businesses are seeing huge success across the world, and increasing numbers of women are interested in starting their own franchise unit. Here’s everything you need to know about women in franchising.

The number of female-run businesses is rising

More and more women are choosing to run their own company. According to the Small Business Administration, only one in 10 organisations created between 1975 and 2000 were owned by women. But, in the US at least, women now run 42 percent of all businesses. On average, 1,817 new enterprises are launched by women every day.

There are more women than ever in self-employment

In the past, around a quarter of the self-employed population has been female. But in recent years, women have come to make up more than 58 percent of the group.

Sadly, the UK still lags behind other countries when it comes to the women owning and setting up their own businesses. 5.6 percent of UK women own a business, compared to over nine percent in the US and Australia, and over 13 percent in Canada. So, there’s still a long way to go.

Research from the Office for National Statistics shows the number of working mothers has grown by well over a million in the last two decades. In fact, while 66 percent of women with children were in employment in 2000, 75 percent of the demographic now hold a job alongside their parenting duties.

The cost of caring for children can add up, and The Family and Childcare Trust revealed many parents put up to 45 percent of their disposable income in this category. On average, child-related outgoings exceed £6,000 a year. That's why more and more mothers have decided to start their own franchise unit.

Franchises give entrepreneurs the stability of a proven business model and the advantage of existing customer awareness. So, once you’ve set up your branch, the chances of failure are lower than they would be if you had launched an independent business from scratch. This means mothers can benefit from a stable income, with the option to increase it by developing the business in the years to come.

Part-time and home-based franchises are on the up

Thanks to new technologies and the increasing popularity of flexible working, it has become easier for women in franchising to run their business in part-time hours and from home. Of course, this flexibility is very convenient for parents. There’s no need for people to miss out on business opportunities simply because they need to dedicate time to caring for their young ones.

There are many women looking to get back into work after having children but cannot find a job with hours that suit the school run. There are a huge variety of franchises that allow women to work from home and work around their family lives. Women also often find that the skills they learn in the home lend themselves very well to business ownership.

Most women enjoy entrepreneurship and think they are valued

Research collated by the US Franchise Business Review found that more than two thirds of female franchisees said they 'agree' or 'strongly agree' that they were valued members of their organisations. The highest scores were noted in the fitness, senior care and recreation sectors.

Also, the 2017 Top Franchises for Women Survey collected data on 6,400 female franchisees from 300 franchise brands. The results? 90 percent enjoyed running their business and 88 percent liked being part of their organisation. In the world's largest economy at least, it seems female-run franchises are thriving.

Most franchises are still owned by men

In both the UK and the US, the clear majority of full- and part-time franchises are still owned by men. This is unsurprising, given the trend across the business sector as a whole. A recent report states just 8.6 percent of UK women are interested in starting a business in the next three years, in comparison to 14.3 percent of men.

Fortunately, the franchise industry appears to be moving in the right direction. While men make up 70 percent of franchisees, this figure has dropped, from 78 percent in 2005.

Around a third of franchises are owned by women

The NatWest-BFA Survey says around 30 percent of the UK's 40,000+ franchise units are now run by women. This compares to just 18 percent for all SMEs, which shows the franchise sector attracts significant numbers of women. Of course, there’s still a long way to go in both categories, but the number of female-run businesses is rising over time.

Interestingly, the franchise sector in America also appeals to women. 16 percent of franchise CEOs there are female, compared to just five percent in Fortune 500 companies (the 500 US businesses with the highest revenue). But that’s not to say women don’t contribute just as much as men in the businesses they do run. Catalyst found the organisations with high proportions of female workers outperformed male-focused ones by 53 percent.

In fact, there are plenty of statistics to demonstrate just how efficient female-run businesses are…

Studies have found women are less likely to say they have business-related skills than men. While 55 percent of men believe they have the right qualities to start their own company, just 39 percent of the adult female population are confident in their abilities.

A particular strength of women in franchising is their ability to identify with others and use empathy to relate to people and build trusted relationships quickly. This is very beneficial especially in the early stages to help your franchise business to get established in the marketplace quickly. – Hannah MacKechnie, Radfield Homecare

EWIF is working to restore the balance

Encouraging Women into Franchising (EWIF) is a not-for-profit organisation supporting women who want to get into the franchise industry. Working with franchisees, it provides help and guidance for its members, so they can start profitable businesses. The group also raises awareness at its national conference, where female entrepreneurs can network and gain new insights to take forward into the future.

You can find out more about the fantastic organisation on its website.

There’s plenty to be gained by encouraging women in franchising

According to HM Treasury, women could add up to £250 billion to the UK’s economy if they launched and ran businesses at the same rate as their male counterparts. This shows just how much female-run franchises have to give and why everyone should be doing their bit to redress the balance of men and women in franchising.

Learn more about women in franchising

If you want to be inspired by the women who have made it in the franchising industry, why not take a look at our collection of female success stories?

Or, if you’re ready to take the leap, visit our franchise directory to find your perfect investment opportunity today.

Many businesses have found ways to adapt their working practices during [...]

How Franchisees Can Support the Local Community

As a successful franchisee, there are lots of ways you can support the [...]

Article published on 16/04/2021 16:00
CREATING A FRANCHISE – CITIES IN FOCUS
Did you enjoy this article? Please rate this article
Average rating 5.0/5 based on 1 vote
These franchises may interest you

Prokil have been helping property owners for over 50 years to solve damp, timber problems and by [...]