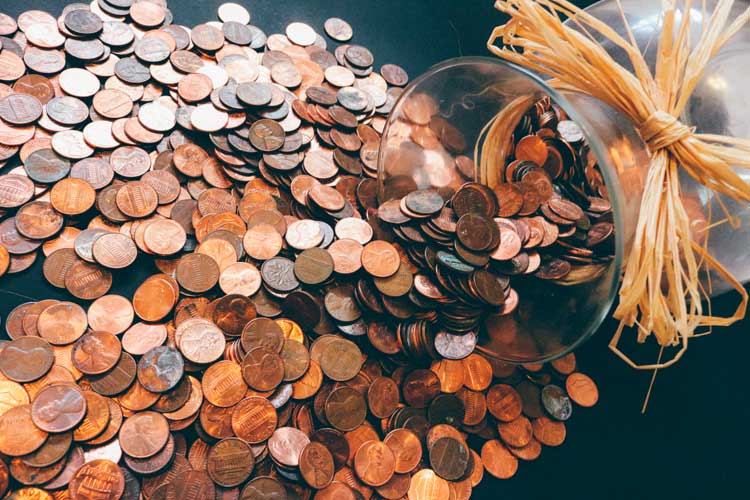 For first-time franchisees, there can be a substantial amount of ambiguity and misleading information when it comes to choosing a franchise and expectations of what starting a franchise unit will be like. One myth circulating in the franchise world is that running a franchise will automatically make you rich. Today, we unpick this myth, explain why it isn’t necessarily true and suggest how you can choose the best franchise option.

Before embarking on your franchising journey, it’s important to be well-informed and have realistic goals about what you can achieve. Yes, the franchising industry is thriving more than ever, with it contributing 710,000 jobs to our economy and being valued at £17 billion, which is an increase of over £2 billion since 2015. And, yes 93 percent of franchisees claim profitability. But, unfortunately, it simply isn’t true that running any franchise will automatically make you rich. To explain why, we can break this statement down in three ways.

1. The definition of ‘rich’

First of all, what does ‘rich’ really mean? The dictionary definition of ‘rich’ is ‘having a lot of money or valuable possessions’. But one person’s idea of ‘a lot’ will differ significantly to someone else’s. According to ‘success guru’ Tony Robbins on what it means to be rich,

abundance is a mindset, not a dollar amount

Although it’s important that the franchise makes money, personal fulfilment matters too. Someone making double the amount you are could be dissatisfied with other areas of the business. If you invest in a franchise that suits your values and allows you to have some fun, this should boost your overall happiness and motivate you to strive towards business growth in the future.

2. Not all franchises are created equal

The kind of success that can be generated by one type of franchise won’t be the same as what you get out of another type – it’s all relative.

Let’s take a UK-based footcare business and McDonald’s as an example. While buying into a hugely successful and powerful brand like McDonald’s will most likely offer the chance to earn more than a local footcare franchise if both are profitable, this doesn’t necessarily mean it’s the best investment option for you.

It might be that it isn’t possible to invest into a global fast food brand because you don’t have the years of experience that it asks for. In this case, you should find an opportunity where you don’t need any experience (there are lots of them), that matches your personal values and that can give you an incredibly high level of job satisfaction.

That being said, just because a franchise opportunity has a relatively low investment, it doesn’t mean you won’t earn as much as one with a higher one – but more on this later.

3. Running a franchise is hard work

The idea that running a franchise will automatically make you rich is problematic. Operating a successful, profitable franchise requires lots of hard work, dedication and commitment. Yes, there are many entrepreneurs who have become what many people would consider ‘rich’ from franchising, but the majority of the time, this is because they are extremely hardworking and have invested both financially and personally in making it as successful as possible.

Even the most lucrative franchises can’t guarantee financial success to every franchisee. It is not the franchise model alone that makes a franchisee rich, but the way in which the franchise is handled across all areas of the business. In brief, there is no shortcut to fortune. Profitability comes with judiciousness, hard work and determination.

Akram Kahn went from working at KFC as a teenager to the successful owner of 14 restaurants. He said:

I like the structure of franchising – I haven’t got the confidence to open my own restaurant.

Kahn invested in his first franchise in 2002, and just four years later sold up and bought nine other KFC restaurants. He created a company called Gastronomy Foods to manage his business interests - it’s now valued at an incredible £15 million.

I want to be the best at what I do, and I don't care whether that's mopping the floor or running a company. I don't believe in mediocrity. I want to be hero or zero, make me the villain or make me the hero, nothing in between.

Amir Kahn is a true example of franchise success not occurring automatically. From a young age, he was dedicated to the brand, worked hard and had ambitious plans for the future.

You can read more about how to run a successful franchise according to the UK’s top franchisees here.

To be in with a chance of having your own franchise success story, it’s important to:

How do I know which franchises have the greatest chance of generating profits?

Here are five key pieces of advice to consider before you sign a franchise agreement; you’ll have a much higher chance of meeting financial expectations if you keep them in mind:

1. Low-cost franchises can make money too

Therefore, it is not unusual for low-cost franchises to exceed expectations by generating a high return on investment, while more expensive franchises fail to cover the initial franchise fees and set-up costs.

Browse our top 10 low-cost franchises to consider in 2020 here.

2. Don’t rely on one financial figure

Now that we’ve established that financial success doesn’t necessarily go hand-in-hand with high investment costs, it’s important to remember that focussing on one financial figure in general will not paint a complete picture of the franchise opportunity.

With this in mind, you should pay particular attention to the bottom-line numbers. The gross revenue of a specific franchise may seem appealing, but you should also look at the profit margin, which is the money that remains after all outgoings have been paid. The bottom line of the business is much more important than the top line when you’re trying to understand a franchise's profit potential.

When considering franchises, always ask yourself: Is this a business that caters to a fad? Although many people might like the idea of becoming part of a trendy, new business, if you are interested in achieving a high profit margin in the long run, it’s worth avoiding ‘trendy’ businesses altogether.

This is because the most profitable franchises are often established and have already been tried and tested in different economic climates. Some highly profitable and enduring franchises include Spar, Costa Coffee, Kumon Maths and Burger King. In comparison, ‘trendy’ businesses usually have a new range of products or services that have not had the opportunity to prove their longevity.

There are plenty of scams around, many originating from ‘work-from-home’ franchises that don’t exist but promise to make you rich. If you don’t research the franchise thoroughly before you commit, you run the risk of spending vast amounts of money and seeing no returns. Take the time to search the internet for complaints by entrepreneurs who have had bad experiences with the business. Learn more about this topic here.

5. Consider the point of exit profits

In some situations, the most effective way of making money from a franchise is to sell it after resale value has built up. If you want to maximise the resale value, invest in a franchise that doesn’t rely on you to run its operations daily. This way, a higher resale value can be generated.

There’s no ‘rich’ guarantee when running a franchise. Franchising can make your entrepreneurial dreams come true if you choose the right opportunity for you and put the time, energy and effort into building a successful business.

In order to find the best franchising option, due diligence is key. If you’re unsure you’ve got the qualities and traits of a successful franchisee, check out another one of our articles here. If you’ve enjoyed this, why not also check out: ‘Mythbusters: you need to be an expert’?

The Pros and Cons of Different Franchise Models

Wondering which franchise model is right for you? We’ve analysed [...]

Q&A: Does Toni & Guy Franchise in the UK?

Article published on 18/01/2021 08:00
DEVELOPING YOUR OWN BUSINESS IN FRANCHISING
Did you enjoy this article? Please rate this article
Average rating 4.8/5 based on 3 votes
These franchises may interest you