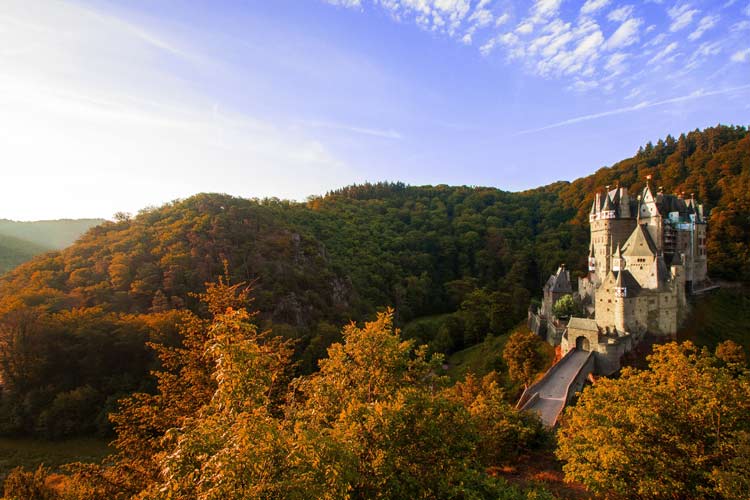 With its 6,200-mile coastline, Scotland has more beaches than Spain or Italy, and it’s overtaken the rest of the UK when it comes to attracting visitors. Here, we’re looking at the 15 reasons why Scotland is the perfect place to invest in a hotel franchise.

If you’re interested in running your own business in the hospitality industry, Scotland could offer great potential for savvy business owners. Although you’ll need to part with a significant amount of money to join a hotel franchise anywhere, setting up north of the English border should provide a great return on investment.

Why start a hotel franchise in Scotland?

Here are some of the main reasons why choosing to launch a hotel franchise business in Scotland is a great decision:

1. Scotland’s got a reputation for warm welcomes and rich heritage - There’s plenty to see and do in Scotland, which is why its tourist trade is thriving. The country has an enviable culture and arts scene, and hosts many international events, such as the Edinburgh Fringe, the world’s biggest arts festival.

2. There’s natural beauty to admire - Scotland has some unique and beautiful scenery, which you won’t find anywhere else in the world; people love to escape to the Highlands to unwind and reconnect with nature. While people might exhaust all the attractions in other countries, tourists continue to enjoy Scotland’s rural landscapes over multiple trips, and often visit more than once.

3. Scotland is investing in its attractions - A greater focus on the country’s leisure and entertainment venues is making it even more attractive for native and foreign visitors alike. To name just one example, following a refurbishment project in 2017, the galleries at the National Museum of Scotland opened for the first time in many years.

5. Within the tourism industry, the hotel sector is growing - According to a report by PwC, Glasgow’s hotel sector is expanding at eight times the UK average. In fact, during the first half of 2018, room prices rose by 7.5 percent, while occupancy rates increased by almost 80 percent.

6. Scotland is benefitting from numerous investments - Over the past four years, Scottish Development International has put £330 million towards building and refurbishing hotels across the country. This level of investment is nothing new for Scotland; back in 2018, the country’s hotel industry received a £389 million cash injection - double the £195 million sum it recorded in 2017.

7. Scotland’s arenas are boosting demand for accommodation - The country has established a number of new event spaces in recent years, allowing hotels to capitalise on higher levels of demand for accommodation. Arenas like Glasgow’s Hydro and Aberdeen’s TECA can host big-name musicians and bands, while business facilities at sites like the Scottish Event Campus in Glasgow cater for international conference events.

Scotland is a world-class destination and, outside of London, it’s arguably the most attractive from a tourism and business perspective. It’s very cost-effective and easy to do business in Scotland. Hilton is incredibly proud of the long-standing relationship we’ve had with Scotland, and we’re only seeking to grow that.
—Steve Cassidy, Senior Vice President of Hilton UK & Ireland

8. There’s demand for all types of hotels - Scotland’s hospitality sector is home to a diverse array of accommodation types, from five-star hotels to budget-friendly stop-over destinations and family-run B&Bs. No matter the franchise you join, you’re likely to see a good return on investment.

9. Brexit has provided some benefits - Although the UK’s departure from the EU has caused concern among many business owners, it could spark opportunities for hotel franchise locations in Scotland. As the pound sterling now has a lower value, places above the border are more attractive holiday destinations.

10. Scotland has convenient transport connections - Visitors can access the country easily, thanks to an extensive network of transport routes. Flying to Scotland from Europe, North America and the rest of the UK is particularly simple, which makes it attractive for a high number of potential visitors.

11. Combined hospitality and retail venues are boosting revenue - People are increasingly investing in complexes with a mix of accommodation, food and retail businesses, providing more incentive for visitors to spend money in the area. Recent additions include a £10 million development with a 99-bedroom hotel in the Highlands and a venue with a 71-bedroom Premier Inn and a supermarket in the Scottish Borders.

12. Edinburgh has been named the top UK city for development - The Scottish capital has outperformed all other cities in the UK when it comes to hotel development, according to the property services company Colliers International.

13. Edinburgh has been named the top UK destination after London - As well as being named the top UK city for hotel development, Scotland’s capital is also considered the second most popular tourist hotspot. Most people aspire to visit the city at some point in their lives, which means it attracts more holidaymakers than other UK destinations.

14. Glasgow is becoming increasingly popular - It’s not just Edinburgh attracting high numbers of tourists; Glasgow is generating an increasingly large share of Scotland’s hospitality revenue as it develops its transport connections. As a holiday destination in its own right, or a convenient spot to stay while exploring the rest of the country, Glasgow can be incredibly attractive for visitors.

15. Hotel brands have already established branches across Scotland - Internationally recognised hotel chains including Hilton, Marriott and Radisson have seen long-term success in Scotland. And many brands have announced ongoing expansion schemes to launch new sites across the country.

The hospitality industry in Scotland has plenty to offer savvy investors, so, if you’re able to generate enough capital to launch a hotel, you could access impressive revenue potential. When you’re ready to get started, why not read up on the UK’s top hotel franchises or check out the current investment opportunities available in Scotland?

In the UK we’re surrounded by famous franchises that were founded in [...]

Article published on 15/04/2021 16:00
FOOD FRANCHISES
Did you enjoy this article? Please rate this article
Average rating 4.5/5 based on 2 votes
These franchises may interest you

Chock Shop is an artisan producer of chocolate brownies. But not just any old brownie, using only the [...]

The UK’s Only Marquee Hire Franchise

Whether its garden marquees or ones suitable for smaller events, The Party Tent Company thrives in [...]

Join The eGaming and eSports Boom!

Operate your own location where people come to hang out and play games on high-end PCs and consoles. [...]