Q&A: Does Whole Foods franchise in the UK? 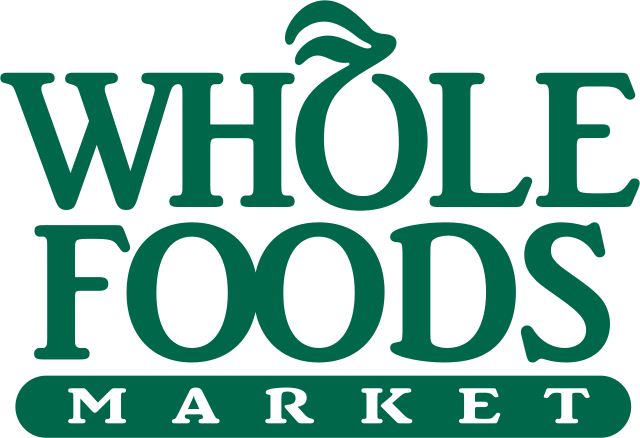 If you’re interested in joining America’s famous organic food store brand, you’re in the right place. Here, we take a closer look at the business and ask: Does Whole Foods franchise?

There are currently around 500 Whole Food stores in North America and the UK. Although only seven of them are located in London on this side of the Atlantic. But the UK does have a claim to fame when it comes to its Whole Foods network. The Kensington branch, located in an old high street department store, is set across three levels and occupies a total of 80,000 square feet. This makes it the biggest Whole Foods outlet in the world.

The organic grocery store is famous for its health-conscious approach. From the outset, its founders strived to build health food stores that actually offered healthy food, as opposed to unfamiliar “pills and potions”. For this reason, it banishes artificial flavours, colours, preservatives and sweeteners from its entire product line and maintains a strict “unacceptable ingredients” list that features items such as activated charcoal, foie gras and shark cartilage. The business is also committed to sustainable agriculture.

The idea for the organic supermarket business was dreamt up by 25-year-old John Mackey and 21-year-old Renee Lawson in 1978. Borrowing $45,000 from family and friends allowed them to start a small natural foods store in Austin, Texas, which they named SaferWay. Before long, the couple were evicted from their rented apartment for storing their own products there, so they moved into the store. This proved to be difficult, as it was a commercial property – they were forced to wash under the hose of their dishwasher!

In 1980, the couple took a big leap forward by merging their company with Craig Weller and Mark Skiles’ business, Clarksville Natural Grocery. The resulting entity was named Whole Foods Market and had 10,500 square feet of space and a workforce of 19 people. At the time, there were only around five natural food supermarkets in the whole of the US.

Did you know? The organic sector is worth around £2.5 billion.

On Memorial Day in 1981, misfortune struck again. The “worst flood in 70 years” wrecked the store and its stock, and damaged most of its equipment. The business wasn’t insured, so it lost around $400,000. Luckily, neighbours and local customers offered to help, and it re-opened just 28 days later.

From there, Whole Foods Market gradually grew through mergers and acquisitions. It expanded into Dallas and then into New Orleans, after it bought out Whole Food Company in 1988. A year later, it set up its first west-coast store in California. In the 1990s, Whole Foods Market continued acquiring competitors’ natural food chains to become a nationally recognised brand.

The business grew internationally in the 2000s, when it launched in Canada in 2002 and the UK in 2004. Today, Whole Foods Market owns a vast array of natural food brands. These include:

Unfortunately, Whole Foods franchises don’t exist at the moment, so there aren’t any opportunities to start up your own store under this famous brand. But there are ways to work for the company if you’re keen to be part of the Whole Foods business. See below for more information.

How to get involved with Whole Foods

If you’re interested in becoming a Whole Foods employee, you can learn more about the current availabilities on the business’ careers web page. Whole Foods is always looking for talented individuals who want to make a difference to the community – and life-long friends.

The organic food market in the UK

As maintaining a healthy diet and focussing on animal welfare became higher up on the agenda for consumers, the UK is seeing a boom in the popularity of organic products. In fact, we spend almost £45 million a week on organic goods – and this isn’t just in the food sector, but in textiles and beauty too.

It’s thought that the organic sector is worth around £2.5 billion, and it’s been increasing in value by more than 2.7 percent every year since 2011. This could be due, in part, to the rising number of people who are becoming vegetarians and vegans. According to Ethical Consumer, there are 52 and 104 percent more vegetarians and vegans respectively than there were in 2016.

For other organic food franchises, you may have to travel further afield. The US has some great opportunities, and Locali offers just one of them. This organic convenience store and deli sells a wide range of food options, many of which are vegetarian, vegan or gluten-free. At the moment, there are three Locali stores, in Hollywood, West Hollywood and Venice, LA, as well as one ‘Localita’, the brand’s plant-based brasserie, in Downtown LA.

This US-based juice bar only uses organic produce to make its juices, açai bowls and toasted snacks. It was founded in 2014 and is proud to sell USDA-certified organic food and drink with no pesticides, antibiotics or added sugars. The organic food franchise has 80 branches across 23 states – and 55 more in development. Since the brand started franchising, it has welcomed 137 franchisees in total.

If you do your research, you shouldn’t have any trouble finding organic food and drink franchises looking to expand with the help of savvy entrepreneurs. Or, if you’re interested in starting your own grocery store franchise outside of the organic food sector, find more information here.

Article published on 25/01/2021 09:13
FOCUS ON BUSINESS SECTORS
Did you enjoy this article? Please rate this article
Average rating 4.8/5 based on 2 votes
These franchises may interest you