Q&A: Does Wendy's Restaurant Franchise in the UK? 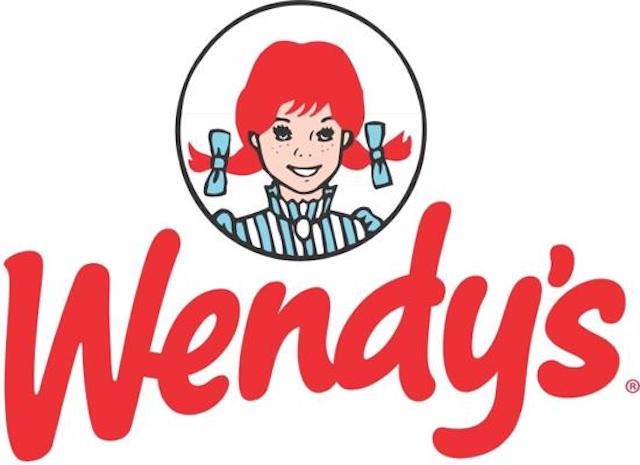 For many, Wendy’s restaurants epitomise what it means to be American. In 1969, the iconic brand was founded by Dave Thomas in Ohio and is now the world's third-biggest hamburger fast-food chain. With more than 6,500 locations, Wendy’s comes in just after Burger King and McDonald's in terms of size. Of these locations, approximately 330 are company-owned and the remaining restaurants are franchised, with the majority situated in North America. There are also locations in 29 countries across the globe, including Japan, Indonesia, New Zealand, the Philippines, Jamaica, Puerto Rico and India.

Wendy’s was in fact the first fast food business to utilise the popular concept of a value menu. Back in 1989, it introduced this game changer a whole decade before Burger King joined in. In today’s article, we are going to consider what else makes Wendy’s so adored by its customers and whether it offers franchising opportunities in the UK.

Why is Wendy’s restaurant loved so much?

It mainly comes down to the menu. Wendy’s restaurant customers are drawn to its tasty burgers made with quality ingredients and interesting menu items. Unlike its competitors’ burgers, the patties are cut into a square shape so customers can see the freshness and juiciness of the meat.

As well as there being plenty of classic menu items that have been around for years – for example, the Frosty – it also has a secret menu for customers that want to try something out of the ordinary. Wendy’s is also the only major American fast food chain that serves delicious baked potatoes. Notice a trend here?

Not only was Wendy’s restaurant the first fast food franchise to introduce a salad bar (1979) and a value menu, but it also offers unique menu items that you can’t find at its competitors.

The first restaurant was opened by founder Dave Thomas in 1969. He named Wendy's after his fourth child, who was called Melinda Lou Wendy Thomas. Three years after opening, the first franchised restaurant opened in Indiana in 1972.
By 1976, Wendy’s had 500 company-owned and franchised restaurants, and by 1979 this reached over 1,500. During the 1980s, it added around 500 restaurants each year and, by 2001, there were over 6,000.

Wendy’s is now renowned throughout the US for its square hamburgers, sea salt fries and signature frozen dairy dessert. But can we enjoy these famous dishes at a Wendy’s restaurant here in the UK?

Does Wendy’s franchise in the UK?

Whilst Wendy’s is a franchise, being able to own a single-unit Wendy’s franchise in the UK is not possible at the moment. There aren’t currently any Wendy’s restaurants in the UK and there is no plan to open any soon.

However, the dream almost became a reality in 2000 when Wendy’s looked to purchase properties and open franchises in London.

But high property and operating costs put Wendy’s UK on hold, and other fast food brands such as McDonald’s took its place on the high streets in the capital.
Wendy’s then went quiet on its plans to expand into the UK for almost two decades.

Although there aren’t currently any opportunities to own your own Wendy’s restaurant in the UK, we do have a number of fast food franchises on our books that you can consider. But before we take a look at these, let’s think about why it’s a good idea to invest in this industry in particular.

In recent years, consumers have really started to favour cheap, on the-the-go food, and this trend is set to continue long into the future. Technological advancements, for instance the rise of online food delivery companies like Deliveroo and Just Eat, have also done great things for the takeaway and fast-food restaurant market.

This year its total revenue is around £19 billion and there are roughly 52,790 businesses operating in the sector (IBISWorld).The number of outlets also grew by 34 percent between 2010 and 2019 (BBC) and the number of sales grew by 20.6 percent in 2018 (hospitalityandcateringnews.com). Read on to find out how you can get involved with the lucrative industry that poses plenty of potential for new fast food businesses.

Let’s explore three of our most exciting burger franchises in more depth now.

The unique Rocket’s approach sees it targeting the fast food market with high-quality food that's quick to serve and tastes delicious. Franchisees get to choose between two distinct restaurant models.

The first – Eddie’s Rocket’s – makes the most of retro American diner décor to create a high-energy atmosphere that’s conducive to the type of dining experience most of their customers desire. The second – Rocket’s Restaurants – is better suited to smaller locations, where space is at a premium, and the focus needs to be on providing a better burger every time.

What do I need to invest?

If you’re interested in becoming a franchisee, the investment you’ll need to make will be dependent on which restaurant model you choose. For the smaller Rocket’s Restaurants option, a minimum investment of anywhere between €200,000 and €600,000 can be expected. For the larger Eddie’s Rocket’s restaurant, you’ll require somewhere between €400,000 and €1.5 million, depending on the size and location of your chosen property.

What do I get in return?

Whichever option you choose, you’ll have access to a wide variety of support systems, including assistance in selecting commercial premises, training programmes and ongoing business support.

Loaded Burgers is a fast-growing gourmet burger brand developed by five brothers who were tired of only being able to find skinny, unappetising burgers around London. In contrast, Loaded Burgers offers fresh, delicious burgers at a reasonable price. This highly successful brand is one to watch for the future and is ideal for prospective franchisees looking to deliver a premium product at a price that won't put customers off.

What is the investment cost?

If you’d like to join this exciting franchise, you’ll need to make a minimum investment of £25,000.

What do I get in return?

For this initial start-up cost, you’ll be granted rights to use the Loaded Burger image, name and identity, be provided with equipment for your restaurant and receive vast amounts of support and assistance. This includes an initial training period, help to select a restaurant location and advice on marketing and growth strategies.

Wimpy is another iconic burger brand that’s looking to expand throughout the UK by attracting new franchisees. Wimpy was the first fast-food chain to open in the UK and once boasted over 500 stores nationwide.

While the rise of American giants like McDonald’s and KFC has dwarfed that number, Wimpy has put into place a carefully considered and expertly branded plan to expand through a powerful franchising model. With 60 years of experience in the fast food sector, the franchise is ideally placed to provide franchisees with all the support and assistance they require to succeed.

How much is the investment?

A minimum personal investment of £220,000 is required to open a new Wimpy franchise. If your budget doesn't stretch that far, you may want to consider setting up a Wimpy Express unit for £80,000. Both of these figures include the £10,000 franchise fee and will entitle you to trade under the Wimpy name.

You’ll attend a two-week training course and receive ongoing support to give you the best possible chance of growing your business.

Wendy’s restaurant - what entrepreneurs can learn

The franchise model, which has served Wendy’s well since 1972, will continue to be used for future growth. And you never know, part of the expansion plans could result in Wendy’s restaurants popping up all over the UK eventually.

Be sure to remember why Wendy’s is such a solid brand to follow and why it has such a huge fan base when starting your own restaurant business. We’ve covered how it’s responsible for a number of industry ‘firsts’, and offers menu items that customers can’t find anywhere else.

But in the meantime, there are plenty of other big burger brands that currently offer franchising opportunities in the UK. To see a full list of our fast food franchise opportunities, click here.

Article published on 25/01/2021 09:13
FOCUS ON BUSINESS SECTORS
Did you enjoy this article? Please rate this article
Average rating 5.0/5 based on 1 vote
These franchises may interest you