Run Your Own Vegetarian Restaurant 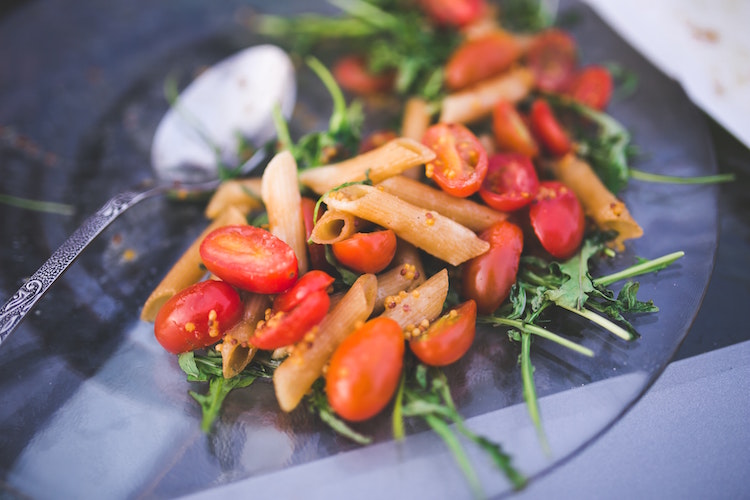 Vegetarianism is an increasingly popular lifestyle and dietary choice, reflected in the growing number of restaurants being launched to meet this demand. Here, we take a look at why running a vegetarian or vegan restaurant is an excellent idea and which food franchises are currently offering investment opportunities.

The growth of vegetarianism in the UK

Though vegetarianism and veganism are often considered to be niche dietary movements, it's clear that a growing number of UK residents are abandoning meat-eating and making the switch to a vegetarian diet. While many of these will refuse to eat meat at any time, there are also more and more people adopting a flexitarian attitude. This approach sees individuals eating as little meat as possible and attempting to cut down their consumption (though a little bit of meat here and there is not frowned upon).

According to studies, approximately one-third of Britons are currently attempting to reduce their meat intake. However, the number of individuals who are strictly vegetarian or vegan is much smaller. The Vegan Society estimates that there are around 600,000 vegans in the UK (1.16% of the population) and that this figure appears to be doubling every year. Though statistics for vegetarians are harder to come by, roughly 3% of the population is believed to consider themselves vegetarians.

All of this bodes well for the growing vegetarian and vegan restaurant industry. Not only is the number of committed vegetarians and vegans growing, but also interest in these types of diets amongst those who may still eat meat is on the increase. Historically, vegetarian cuisine and restaurants had to compete with something of a social stigma – they were associated with particular political opinions and social movements and to be a vegetarian or vegan was something strange and unusual. Now, reduced meat consumption is widely accepted as necessary to limit climate change and prevent further damage to the environment. In fact, it’s becoming increasingly trendy to be a vegetarian.

This change in attitude towards vegetarianism and veganism has resulted in the emergence of a vibrant culinary scene that boasts a wide array of exciting new restaurants. In turn, vegetarian food and cooking have also benefitted. With more chefs, equipment, and resources behind them, vegetarian restaurants are pushing the boundaries of what vegetarian cuisine can be and dispelling the old myths of vegetarian food as bland and boring.

Alongside this new experimentation is recognition that many cuisines already utilise fine vegetarian and vegan foods and dishes. Whether it’s traditional Indian cooking’s emphasis on vegetarian eating, Lebanese falafel, or the Chinese appreciation for tofu, people are coming to realise that vegetarianism is not a new thing, it has been part of food cultures all over the world since humans first started cooking.

In the UK, London has long been the centre of the national culinary scene and is home to some of the country’s best vegetarian and vegan restaurants. Over the last few years, London has begun earning a reputation for itself as one of the top cities in the world for vegetarian dining.

Restaurants such as 222 Vegan Cuisine in West Kensington offer delicious vegan food at an affordable price and in spectacular surroundings. 222 was also a finalist in the h&f Brilliant Business Awards in 2018, raising its reputation further and bringing vegan cooking to a whole new audience. At the other end of the scale, Farmacy is a vegetarian restaurant intended for those with a little more cash to splash. Owned by Camilla Al-Fayed, the restaurant specialises in health-conscious "indulgences" for those who want to steer clear of meat.

Itadaki Zen is a relatively unique concept that combines Japanese cooking and the tenets of veganism. The first restaurant of its kind in Europe, Itadaki Zen has demonstrated that even the meatiest of national cuisines can be adapted to the meat-free lifestyle. Finally, The Gate is one of the capital’s longest standing Vegetarian restaurants and an inspiration to many others on this list. With a couple of branches spread out across London, it’s built itself a large and loyal following that consists of both committed vegetarians and meat-eaters looking for something new.

Established in 2014, Humpit is a relatively new franchise that has grown at a remarkable rate to become the most exciting vegetarian franchise on the market. Centred around hummus and offering a wide variety of 100% plant-based dishes, the restaurant has won many awards and is now looking for new franchisees to develop the brand.

Would-be franchisees will need to invest approximately £70,000 if they’re to successfully launch a franchise unit, though only £30,000 of this needs to be invested up front. It is possible to finance a large portion of this investment through a major lender.

Redemption is a vegan, sugar-free, and wheat-free restaurant that’s looking to bring a touch of style and glamour to the vegan dining scene. With two restaurants in trendy Notting Hill and Shoreditch locations, the business is looking to expand further and begin opening branches across London and the rest of the country. To do this, they’ve decided to adopt the franchise model. To become a Redemption franchisee, you’ll need to raise around £500,000 worth of working capital.

Our final vegan franchise is VBites, which has manufactured vegan products since 1993, but which has only recently begun to look for new UK franchisees. Selling a wide variety of packaged foods from their online store, VBites also have in-store arrangements with Holland & Barrett and a vegan restaurant in Brighton. The business hopes that franchisees will be able to help roll-out new locations wherever possible. However, because costs vary drastically from city to city and store to store, interested parties must approach VBites directly for accurate investment figures and information.

Camile Thai is a healthy and sustainable home delivery-focussed restaurant that has been in high [...]