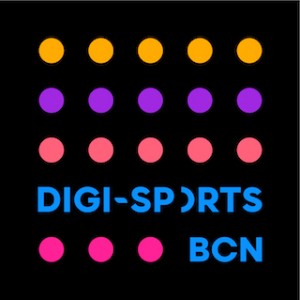 Expanding your franchise concept beyond your native country can bring a whole host of challenges to franchisors. We spoke with Tony and Louis from DIGI-Sports, covering everything from language barriers to legal obstacles, to find out more about what they’re doing to take their franchise concept abroad.

Sadly, establishing a presence beyond your franchise’s native market can be challenging and demanding. Branching out and taking your franchise concept to another country is many franchisors’ ultimate goal. But most won’t have multi-million-dollar budgets and dedicated regional teams that can make it a turn-key process right from the start.

During a recent catch-up with DIGI-Sports’ Tony Triquenot, International Franchise Development Lead, and Louis Malta-Bey, UK and Eire Lead, we discussed some of the challenges the native French franchise professionals have had to overcome during their expansion efforts into the UK.

Some countries, such as the US and Australia, have a booming franchise sector. Others, such as Germany, have been traditionally more resistant to franchising. Understanding where opportunities lie and how to approach them is key if you’re going to successfully expand into international territories.

DIGI-Sports is a unique franchise concept. Its digital entertainment package allows franchisees to entertain at lots of different types of events, from weddings to corporate team-building events to conferences. People of all ages can try their hand at its one-minute ‘battles,’ which test memory, reflexes, and reaction times. These games are hosted on the franchise’s interactive, portable walls, which plug straight into standard UK mains sockets and can handle up to 1,500 players per day.

The entertainment franchise was founded and developed in France, where it has enjoyed plenty of success. Now, DIGI-Sports has turned its attention to international markets including the UK. Tony, who oversees the brand’s worldwide development, explained how it has approached this new expansion strategy.

“The first thing we needed to do was see how the market operates. For example, even though France and the UK are geographically close, there are huge cultural differences between the two countries. That would help us decide whether it was worth expanding in a chosen territory through franchising or if it would be better to recruit local area managers and expand directly from our HQ.”

Once you’ve developed an in-depth understanding of your chosen markets, it’s time to think about how your franchise concept may need to adapt. McDonalds, for example, doesn’t sell pork or beef products in its Indian restaurants and has plenty of vegetable-based options instead. That’s because around half of the country’s population are vegetarian and many choose not to eat beef or pork for religious reasons.

To help DIGI-Sports broaden its appeal, the franchise recruited Louis Malta-Bey, a franchising guru with more than 15 years’ experience in the sector. He has lived in the US, Singapore, and the UK, and, thus, has a strong understanding of how international franchising works.

“Louis’ role is to help us find our feet in the UK market,” explained Tony. “Once he’s managed to establish DIGI-Sports there, he’ll be working to do the same in other territories.”

Louis added that he’s working to help the DIGI-Sports team adapt the franchise model to make sure it’s well-suited to both franchisees and consumers in the UK.

“Localisation is so important. It’s vital that you can adapt to local conditions in other markets but maintain the core elements that make your concept relevant and effective.”

One of the trickiest aspects of international expansion for Tony, who speaks fluent English but with a charming French accent, has been connecting with new franchisees.

“I’ve returned calls to potential international franchisees and have had people hang up on me!” Tony laughed. “It’s not as easy to sell your concept when you’re not a native of those markets or even speak the language without an accent.”

It’s not just Tony who has experienced difficulty when speaking to an international audience. Research has found that non-native language speakers aren’t judged to be as competent and people are less likely to believe statements said by those who speak with a non-native accent— for reasons that go far beyond individuals’ prejudices.[theconversation.com]

Louis agreed with Tony’s sentiment, even though he has spent more than 20 years living in English-speaking countries like the US and UK.

“Language is a huge thing and attached to that are cultural differences. It’s one of the biggest hurdles we face. My role is to act as the link to growing our business, which we think will be finding a local franchisee who people can relate to more—at least, in a more ‘local’ way.”

Physical distance, particularly at a time like this when travelling isn’t always possible, can put pressure on international franchise relationships. Other barriers, like the UK’s redefined borders with the EU post-Brexit, are making it even trickier for businesses to operate as usual.

“Once it’s safe to do so, we’d love to bring an interactive wall to Cambridge, so Louis can use it to demonstrate the franchise concept. But at the moment, Brexit is really causing a lot of problems. We’re hoping to find a solution to these challenges as soon as possible.”

Thanks to Louis, DIGI-Sports has still been able to connect with UK-based franchisees during the pandemic.

“Having someone like Louis on board, who has an incredible amount of experience, has made expanding a lot easier. In my opinion, we need someone in the country to field the market and deal with local enquiries. And when it comes to our hands-on concept, it’s important we’ve got someone who can demonstrate the wall in other countries.”

The pair also credited Point Franchise with helping them reach a wider audience in the UK.

“We’ve had 105 leads in eight months and the team has been so helpful. They’re always reaching out to find out what we’re doing, so they can publish our news on their website.”

Looking to bring your franchise to the UK? Find out more about joining the Point Franchise network by visiting our advertise page. You could showcase your business to thousands of interested entrepreneurs who are seeking the ideal franchise opportunity.

Or if you’re on the hunt for research-backed advice, check out our articles page. We’ve covered topics from marketing to recruitment to protecting your mental health, so we’ve got guidance for everyone. And if you just want to stay up to date, check out our news page for the latest from the franchising world.

Making a Career Change: From the Armed Forces to Franchising

The challenging, rewarding and invigorating experience of serving in the [...]

What is Area Development in Franchising?

There are several types of franchise agreements to cater for franchisors [...]

Jargon Busters: Understanding the Most Common Accounting Lingo in Franchising

Whether you’re running your own business offering financial [...]