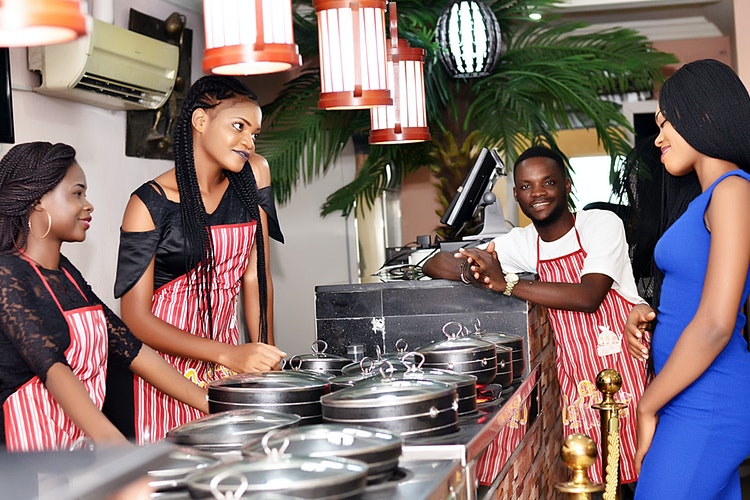 Always dreamed of starting a family-run franchise? Here are four success stories from the world of business that show how exciting and financially rewarding running a family business can be.

Running a family business isn’t for everyone, but it could be the making of your career. After all, your family have seen you at your best and worst and your siblings, parents and cousins are often your biggest fans and your harshest critics. If you’re constantly encouraging each other to reach your potential and offering honest advice when you’re in tricky situations, your relationship could make the perfect foundation for a family-run franchise or business.

Still not convinced? Here are four successful family-run businesses that turned their dreams into a profitable reality and family success stories from within our franchise network.

You might’ve been lucky enough to get a box of Biscuiteers’ perfectly iced treats, but did you know the biscuit business was started by one plucky husband and wife team? Back in 2007, Harriet Hastings and Stevie Congdon decided to launch a product that was a more personal and thoughtful alternative to flowers. The pair had run their own catering company, Lettice, for more than 25 years and started out testing recipes in their catering kitchens.

After gathering plenty of media attention, Harriet realised their business was taking off, so moved Biscuiteers’ operations into their own kitchen. 13 years later and the company’s creations are now sold in high end stores like Harrods, Fortnum & Mason and Selfridges, have been featured in the National Portrait Gallery and are sold from its two cafés in London.

The pair self-funded their business until 2016, when they ran a very successful crowdfunding campaign to take Biscuiteers to the next stage. The campaign raised £1.25 million and has allowed Biscuiteers to open a purpose-built facility in Colliers Wood, London, where its bakery and head office team are based. Want your taste of sweet success? A dessert franchise could be the ideal fit for you.

Somerset cider institution Thatchers was founded in 1904 by William John Thatcher. He made his first batch of apple cider at the family’s Myrtle Farm and sold it to workers and the community, but the business took off under the leadership of his son, Stanley Thatcher. He came up with the idea of making draught cider and selling it to local pubs. By 1965, Thatchers invested in its first hydraulic press as, up to this point, every pint of cider was manually pressed by the family and their team of employees.

Grandson John Thatcher took the reigns in 1970, expanding the orchards and presses to give the company greater capacity. Myrtle Farm remained a working farm until 1984, when the family realised their cider empire had outgrown the presence of pigs in their fields. When Martin Thatcher took over in 1992, the fourth generation to run this now expansive family business, Thatchers went from strength to strength.

Back in 2008, at the beginning of a deep recession, Martin set an ambitious goal for the business to increase annual output from 10 million litres to 100 million litres by 2021. After working out a solid plan for growing the business which bucked many other companies’ strategies, the company smashed its target by 2018, three years early. Speaking to the Institute for Family Business (IFB), he explained:

“Everybody thought I was completely barking mad. But [my attitude was] let’s go and do it. If we get it wrong and the sales don’t grow, well never mind … we will have at least moved forward, which we did and we grew.”

Now, its ciders have won awards at the World Cider Awards and the line has expanded to include new drinks, like apple-based gin. The Thatcher family is testament to what can be achieved with a humble family-owned business and shows that it can pass down the generations, growing and thriving as it does.

This senior care franchise began life back in 2002, when Joanne and Adam Hallows gave up successful careers to realise their dream of becoming their own bosses. Together, they invested in a local family-run home care company that was struggling to stay alive. Their combined experience running physiotherapy sessions for the elderly, as well as their practical business skills like accountancy and management, allowed them to transform the business from just surviving to thriving.

One thing the Hallows Care has made central to their business is its family feel, which allows them to offer a higher standard of care to Hallows Care’s clients. The pair spend time getting to know both their staff and clients so they can work out the best possible pairings. This allows not only for their clients to get excellent care, but for them to receive it from carers that they will genuinely enjoy spending time with.

It’s a great franchise for family teams to run, particularly if they’ve got experience in the care sector and are looking for their next challenge. Hallows Care prides itself on remaining a small family business in spirit and avoiding a corporate feel, no matter how large its network grows.

It seems as though refreshing drinks are a winning investment here in the UK, as another family stumbled upon success in the cider world. Dragons’ Den entrants Ben and Daniel are the dynamic sibling team behind Cranes Drinks. Their range of cranberry-flavoured tipples are shaking up the beverage market by offering a healthy alternative to traditional recipes.

Following their drinking days at university, Ben and Daniel wanted to create a non-calorific cider that appealed to a growing health-conscious market. They came up with a range of Crane ciders that come in at just 220 calories per bottle. But the siblings are not only interested in the cider industry. They also offer cranberry-flavoured gins and liqueurs for those who are looking for something a little stronger.

The brand’s success has led to 531,000 Crane drinks being sold across the world. Along the way, they have accumulated 16,920 followers on social media and are only set to grow in popularity after their appearance on the nation’s favourite investment programme. If you fancy emulating their success, check out our food and beverage franchise opportunities.

Pizza franchise Papa John’s has plenty of family teams in its network, like Atif Maroof Zar and brother Umair Ramay. The pair now have five locations across the south west and say their aim is to become “bigger and better” by opening more stores with the help of their franchisor. Atif explained how keeping it in the family has worked so well for him.

“As a team, myself and my brothers work well together to manage all the stores. Umair is focused on staff, looking after recruitment and timetables to ensure we have the right people working at the right time. Amir manages the food ordering processes and I oversee the operations and marketing of the business. It’s a real family affair!”

Similarly, Henryk Matysiak and son Alex have achieved great success with their location of security franchise Jackson Fire & Security. Henryk previously ran a Subway franchise but when it was time to diversify his business empire, he teamed up with Alex and put his background in the fire service to great use. He outlined the benefits of being in business with his son.

“We like the fact that we are a family run local branch with a great national support network. I have an understanding of the end product from a fire safety point of view as well as managing people while Alex knows the building industry well and his experience in that and the electrical industry will be invaluable. We both bring the very highest standards of workmanship and customer service and we pride ourselves on these two key aspects of our business which gives us a good solid base to grow.”

Flourish as a Family

As you can see, families up and down the UK are running successful businesses with the people closest to them. Whether you’re thinking about a family-run business or starting a franchise with family, we have plenty of opportunities to explore our UK franchise directory.

Mythbusters: As a Franchisee, You're Tied to Your Franchise for Life

Worried about being tied to your franchise for life if you invest? While [...]

Article published on 15/01/2021 17:06
FOCUS ON BUSINESS SECTORS
Did you enjoy this article? Please rate this article
Average rating 4.7/5 based on 3 votes
These franchises may interest you

Be part of The Christmas Decorators – the UK’s favourite seasonal decorating company. Chosen by [...]