Why You Should Ignore Your Reasons Not to Buy a Franchise 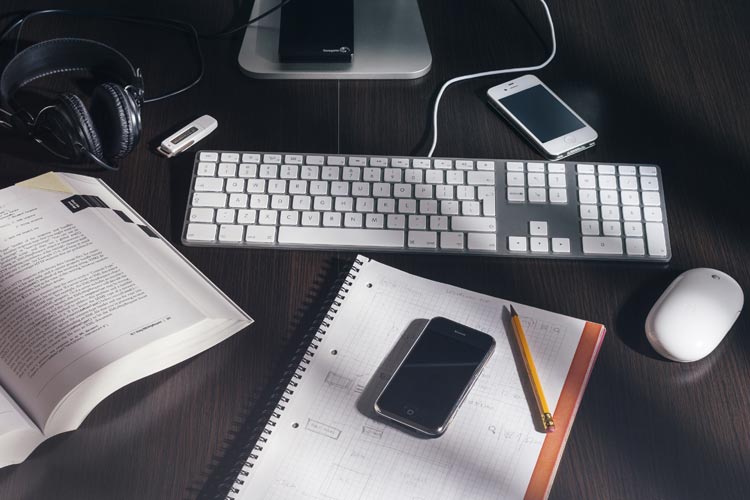 Are you considering opening your first franchise, but you’re not sure whether you’re ready yet? It’s understandable. In life, we tend to talk ourselves out of doing things that make us scared, and often this fear comes from anticipated failure. Starting any business is a massive decision and it can change your life for better or for worse. After all, there are a number of things that can go wrong, but lots of benefits to be gained if things go right. Here are just some of the reasons not to buy a franchise, along with why they can be ignored.

Franchising is widely considered to be a less risky route to business ownership in comparison to taking the independent start-up route. It’s thought that only 4 in 100 independent businesses survive past 10 years. However, entrepreneurs all over the UK that buy into a franchise benefit from an established brand, proven business model and existing customer base. Not to mention the comprehensive training package and ongoing support that that often allows candidates with no previous experience in the industry to enter a completely new sector. Due to all of these advantages, it isn’t surprising that franchising boasts some impressive statistics, and is, in general, more successful.

The UK franchising industry generated a turnover of £17.2 billion in 2018, which was an increase of 14 percent since 2015 (the British Franchise Association/NatWest Franchise Survey 2018). We are now going to use further statistics to contend some of your reasons not to buy a franchise.

1. You don’t want to take risks

No matter how much experience you have of managing a business, running a franchise is never going to be risk-free, regardless of how successful the franchise model is. That’s because every business must take on a level of risk to succeed; just as everyone has to take a risk when making any other investment. Although most UK franchises achieve long-term success, a small minority may fail due to factors such as a poor location choice, inadequate working capital, a legal dispute or other internal or external issues.

Operating a franchise under a long-established brand will greatly reduce your risks, as the franchisor will already have a strong track record of success. This is proved by the fact that 97 percent of franchises units in the UK reported profitability last year. So, why not consider running a franchise yourself?

2. You don’t have any formal business experience

If you thought all successful franchises were managed by people with a wealth of business experience, you’d be wrong. One of the greatest strengths of the franchise sector is its diversity; franchisees come from all kinds of backgrounds, from experienced sole traders to graduates that have recently left university.

Some franchisors will expect prospective franchisees to have specialist experience or skills, while others will simply be looking for excellent management skills and an ambitious attitude. Fortunately, because you’ll receive on-the-job training and support, you’ll quickly learn about the franchisor’s business model and how the brand operates so you can get your new franchise off to the best start.

Many franchisors will also provide detailed guidance on areas such as marketing and recruitment, so you’ll know how to promote your business and recruit the best staff.

One franchise where you don’t need any previous experience is Agency Express. All it asks is that potential candidates are motivated, energetic and hands-on. With a tried and tested training programme that has proved successful with over 115 franchise locations, franchisees will learn all they need to when they join.

Agency Express, which is the largest provider of professional estate agency board services in the UK, actually won the Silver Award for Franchisor of the Year last year. These awards are given to franchises that demonstrate ‘excellence in franchising by providing a strong infrastructure and support for its network, ensuring franchisees have the best environment to succeed and reach their full potential.’ (The BFA HSBC Franchise Award 2018).

3. You don’t want to run more than one business at a time

You might think franchisees don’t have time to run other operations, but you’ll be pleasantly surprised to learn that many can continue other commitments while they run their business. That’s because there are numerous franchise business opportunities that enable people to work part-time or from home.

For example, someone running a home-based franchise may have much more free time to continue with another business venture, as there’s no need to commute every day. In fact, it’s actually been proven that working from home makes you happier and more productive. So, why not consider running your own business from home and seeing for yourself? To see our full list of home-based franchises, click here.

Other franchisees may be able to run their business while studying for a qualification part-time, while others may decide to become a franchisee when they’re semi-retired. Parents can also work part-time and spend more quality time with their children, which means they can avoid having to pay for expensive childcare.

You don’t have to be the next big entrepreneur to become a franchisee. Unlike someone starting their own brand from scratch, you won’t have to spend time and money trying to convince people that a particular business model will actually work. With a franchise, you can start operating under a concept immediately and build a profitable business reasonably fast.

In fact, being highly entrepreneurial could be more of a disadvantage for franchisees, as an entrepreneur will want to run their business with their own ideas. In a network of successful franchises, however, you'll need to conform to the franchisor's business model, which will set the agenda. All you need to do is operate your franchise and make sure it becomes a profitable business.

5. You don’t want to be part of a network

According to Pip Wilkins, the BFA’s Chief Executive, “The sharp increase in under-30s starting their own business is thanks to the franchise model bridging the gap between experience and ambition. I’m delighted to see so many younger people realising they have a choice between going it alone or being employed.”

Unlike an entrepreneur working alone, a franchisee will be part of a supportive and resourceful network where there are opportunities to learn from other franchisees. A good franchisor will provide ongoing training and support to equip franchisees with the skills and the knowledge they need to build brand awareness in their territory and remain competitive.

Like we said in the previous point, if you want to be in complete control of your business, starting a franchise perhaps isn’t the right career move for you. But it’s because of the strong network of support that franchises generally prove to be more successful and less risky than independent start-ups.

6. You want to choose your suppliers

Many franchisors will only permit franchisees to work with an approved list of suppliers, as this will ensure the brand’s products/services maintain minimum quality standards. While this type of franchise model may seem inflexible, the franchisee may be able to get significant discounts this way.

This is because franchisors, especially those operating on a global level, can have considerable negotiating power (or bargaining power). This means they can often win supply contracts for a much lower price than a sole trader with very limited negotiating influence could.

7. You want a permanent business

Many franchise contracts last five or 10 years, which will give you plenty of time to generate income and build a profitable business. Some people might worry that they won’t be able to renew their franchise agreement if it’s not explicitly stated in the contract.

Another advantage of becoming a franchisee is that you can sell the business at the end of the franchise term, should you wish to. For example, you might have an exit plan to retire at the end of the contract, or invest the money from the sale on a new property or other franchise business opportunities. If you’re concerned about what might happen if a franchisor goes out of business, you can read more here.

8. The franchise sector is unregulated

It’s true that the UK’s franchise sector is not subject to any formal regulations, as no franchise-specific legislation exists in England, Wales or Scotland. However, the franchisee and the franchisor still have legal rights and obligations, which will be clearly set out in the franchise agreement.

Furthermore, many franchisors are members of the BFA, the voluntary self-regulatory body that represents the franchise sector in the UK. Over the years, the BFA has developed its own regulatory standards by promoting ethical practices and developing industry-recognised qualifications such as the Qualified Franchise Professional standard. Therefore, it’s always worth looking out for franchisors with BFA accreditation when considering new franchise business opportunities.

So, there you have it, those are eight reasons that you might have given to not buy a franchise, along with the advantages of franchising and, therefore, why many of them can be ignored. Of course, there are pros and cons of being a franchisee, but franchising is a lucrative, growing industry that is widely considered to be less risky than the independent start-up route. After all, the number of franchise units in the UK has grown 10 percent to reach 48,600 since 2015. Still not convinced? You can read our top 20 reasons to buy a franchise here.